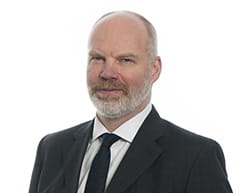 For claims arising out of all types of financial products, from derivatives and structured finance disputes through to retail banking matters – we  have longstanding knowledge and expertise in banking and capital markets litigation, acting for financial institutions, institutional and individual investors, pension funds, corporates and public sector bodies.

Financial services disputes require an understanding of the commercial and regulatory environment in which the deal was struck – we have a particular focus on structured finance products, under both ISDA and bespoke documentation, including disputes between financial institutions and also the sale of swaps and other products.

The complexities of the market require sophisticated advice in relation to valuation and market practice issues, for example around interest and FX rates, substitution and close out rights and portfolio values. Through our network of offices in the UK, the Middle East and Malaysia and our membership of Interlaw (with lawyers in over 150 cities worldwide) we provide advice to businesses and individuals on the issues which they are facing around the world. Where required we work closely with independent experts to provide robust and timely advice.

Whilst covering the full range of banking disputes, we have a number of areas of particular focus. We have deep experience acting for Gulf based clients both in the Gulf and in the UK, where we are ranked Tier 1 by Legal 500 2018 for Islamic Finance. Through our public sector client base, we have a wealth of experience litigating disputes involving public finances. In 2019 we acted for the All Party Parliamentary Group on Fair Business Banking in its successful intervention in Sevilleja v Marex UKSC 2018/0178, the first ever intervention by Members of Parliament in the Supreme Court. More generally, we act for both lenders and borrowers, and so are used to approaching disputes on both sides of the fence. That means we can take on financial institutions, and also work with our transactional banking colleagues to offer out of court solutions.

Our banking disputes practice overlaps with our fraud and risk management practice. We frequently advise on anti-money laundering, bribery and corruption and asset recovery in the banking space, including cyber-crime matters.

Middle Eastern central bank – acting for a government owned central bank in one of the world's highest profile banking frauds relating to the collapse of a bank, including successfully obtaining a +£1 billion judgment.

All Party Parliamentary Group on Fair Business Banking – acting for this well-known all party parliamentary group, with members drawn from all major parties across both houses of parliament, in its successful intervention in Sevilleja v Marex UKSC 2018/0178 to make the public policy case for the 'rule against reflective loss' to be applied flexibly to protect borrowers and business owners.

Publicly funded body – acting for a publicly funded body addressing issues which had arisen with its syndicate of lenders in connection with the operation of a 30 year, £200 million loan facility. These were successfully resolved when the threat of litigation led to the renegotiation and restatement of the facility.

Pension fund – acting for an Italian pension fund in a €100 million dispute with Barclays including a recent Court of Appeal decision (reported at Barclays Bank Plc v Ente Nazionale di Previdenza ed Assistenza dei Medici e Degli Odontoiatri [2016] EWCA Civ 1261) and appeal to the Supreme Court before its successful out of court resolution.

UK corporate – acting for a well-known UK high street chain in pursuing claims against a high street bank in relation to the mis-selling of interest rates swaps which were successfully settled shortly before trial.

Structured finance dispute – acting for a Cayman Islands SPV to obtain payments under an ISDA in a dispute arising out of the wind up of a Lehman Brothers structure. This was successfully resolved when we obtained a Commercial Court judgment in our client’s favour (reported at Europa Plus SCA SIF v Anthracite Investments (Ireland) Plc [2016] EWHC 437).

Far Eastern Bank – acting for a Far Eastern Bank successfully enforcing a loan and related security given in respect of a well-known sports team, in a matter which resulted in considerable publicity worldwide.

Business interruption insurance: What next for businesses struggling to recoup losses