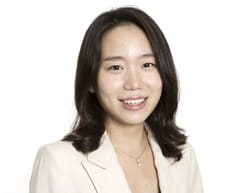 Saerim is an associate in the Corporate team with experience in a range of corporate and commercial matters, with a focus on real estate M&A transactions and inward investment into the UK from the Middle East and Asia, acting for high net worth individuals and institutional investors.

Saerim joined Trowers & Hamlins as a paralegal in 2011 and commenced her training contract with the firm in 2013. Since joining the firm in 2011, Saerim has been leading the firm’s Korea initiative. She regularly assists Korean clients (both corporations and high net worth individuals) engaging in cross-border transactions and conducting business in the UK.

Saerim was recently seconded to Lee & Ko, the firm's Interlaw member in Korea. Other recent activities include hosting and chairing a roundtable for Korean investors and speaking at the International Association of Korean Lawyers Annual Conference in Seoul.

Prior to joining Trowers & Hamlins, Saerim worked with various organisations in Korea, including a high profile public body and a major law firm in Seoul.

2015 – Admitted to the roll of solicitors in England and Wales

The impact of Covid-19 on contractual obligations