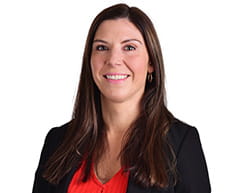 Under The Conduct of Employment Agencies and Employment Businesses Regulations 2003, it's illegal for employment businesses to supply agency workers to perform duties normally carried out by those taking part in lawful industrial action.

Last week has seen the shoe retailer, Clarks, being accused of flouting this ban during a long-running strike; an allegation Clarks has hotly denied.

The Community union is representing employees taking industrial action at Clarks' warehouse in Somerset in response to alleged "fire and rehire" tactics. It claims that agency workers have been seen carrying out work of those on strike and has reported Clarks to BEIS regarding one particular incident. The union is also conducting investigations into concerns that employment agencies are known to be advertising for temporary workers at Clarks.

Whilst Clarks has confirmed that it is using agency workers at the site, it has denied that they are doing the work of striking employees. The prohibition under the Regulations doesn't affect 'business as usual' agency workers who are already engaged in an employer's operations (or their replacements); they can carry on doing the original work for which they were engaged. Clarks claims that the total number of its agency workers does not exceed the number engaged at the beginning of the strike and has offered to share details of agency worker numbers with the union for reassurance.

This case provides a topical reminder for employers and employment businesses that workers shouldn't be requested or supplied with a view to breaking a strike or covering work during industrial action. Breach of the Regulations is a criminal offence and an employment business will only have a defence if it can show that it did not know, and had no reasonable grounds for knowing, that the original worker was taking part in a strike or other industrial action. Clearly, wilful blindness or a tactical lack of due diligence will not meet this test. Given the potential legal and reputational consequences that can follow from disputes of this nature, both employers and employment businesses would be wise to avoid any suggestion that they are bending the rules, no matter how tempting this may be.

Employer of the Future and the role of in-house counsel