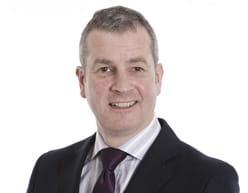 Members of the team this week have reported on a recent Upper Tribunal's case concerning development value in enfranchisement and decision of High Court considering the scope of litigation privilege within a property dispute.

All this alongside the recent insights from our colleagues around the firm and a dose of positive news.

Breaking news;- on 16th June 2021 the government announced that the moratorium on forfeiture of commercial leases is to be extended until 25 March 2022. Other measures announced in outline only – details to follow.

The UK Upper Tribunal (Land Chamber) considered the issue of future development value payable to the outgoing freeholder in a claim for the acquisition of the freehold by the leaseholders in a collective enfranchisement claim.

House Of Mayfair Ltd v Aitchison & Ors [2021] UKUT 73 (LC) (23 March 2021) came down to the value payable for potential roof development of the building. The leaseholders in the block exercised their right to claim the freehold under the Leasehold Reform, Housing and Urban Development Act 1993, but the parties could not agree on the "hope value" element of the premium payable for the possibility of a roof development.

The Upper Tribunal determined that this route of value could not be an assumption; it was a question of fact specific to the building in question. In this case the Upper Tribunal considered there was no evidence that the freeholder had taken any steps in seven years of ownership to realise additional development value by altering the top floor flat or otherwise, to progress a development scheme. The development value payable by the leaseholders was therefore significantly limited.

Should a freeholder want to obtain development value, it is clear that it will need to be obtainable for the building and steps need to have been taken towards a scheme.

A recent decision of the High Court (Ahuja Investments Limited v (1) Victorygame Limited and (2) Surjit Singh Pandher [2021] EWHC 1543 (Ch) Appeal Ref. CH-2021-000113A) has recently considered the scope of the obligation to disclose legal advice in the context of a property dispute.

Background
In a misrepresentation claim concerning the sale of a property, an important issue was what the Claimant's former solicitors knew and what they had told their client.

The Claimant said that although the correspondence was under pre-action protocol for professional negligence, the real purpose was to elicit information to be used in the present misrepresentation proceedings. That would make it privileged in the misrepresentation proceedings. The Defendants argued that, assessed objectively, that was not the dominant purpose of the correspondence.

In the light of this the Defendant applied as part of the misrepresentation claim for disclosure of the letters and any similar correspondence. As a result, the Claimant was ordered to produce the two documents to the Defendants. The Claimant appealed against the order.

Litigation privilege – legal principles
The key question of the appeal was whether the documents were brought into existence for the sole or dominant purpose of conducting the current proceedings.

The decision
The court decided that the dominant purpose of bringing the correspondence into existence was to obtain information for use in the current proceedings.

The court also considered whether the dual purpose of the correspondence amounted to deception and, if so, whether such correspondence would retain the protection of privilege.

Tellingly, whilst the court did not condone the tactics used, having found that the dominant purpose was to obtain information for the purposes of the current proceedings, there was no principled reason why the protection of privilege should not be available anyway for that information. Accordingly, whilst the former solicitors and their insurers may have been misled this did not alter the Appeal Court's conclusion; the reason why the documents exist was to get the information in the misrepresentation proceedings – and therefore privileged from disclosure in those proceedings. Therefore the appeal was allowed. The documents did not have to be disclosed.

This decision serves as a reminder of limits of litigation privilege and the need to consider carefully the dominant purpose when obtaining information and what position is set out in any related correspondence.

In January 2018, the HM Courts and Tribunal Service commenced a pilot scheme to deal with unopposed lease renewal claims under the Landlord and Tenant Act 1954. Under the pilot, all claims which are issued in the Central London County Court will be automatically transferred to the First-tier Tribunal (Property Chamber) to be dealt with.

The aims of the scheme were to ensure that all such claims were dealt with smoothly and quickly, and to reduce the public resources in Court spent on claims. It was hoped that the time from issue of proceedings to a final hearing should be reduced to 20 weeks, and parties will be allowed the opportunity of only one three month stay at the outset to try to settle the claim.

The draft directions were also amended to remove the need for case management conferences, extensive disclosure exercises, witnesses of fact or Scott Schedules being exchanged. Expert valuation evidence remains, but is to be produced at an earlier stage. At the final hearing, the FTT judge (sitting as a District Judge) is assisted by a valuer/assessor. The Tribunal applies the Civil Procedure Rules, including the costs rules, rather than the differing Tribunal rules.

Cases that are dealt with in the FTT progress within the proceedings at a much faster pace, with less scope for the parties to agree stays (beyond the initial 3 month stay available at the beginning of the claim) to allow settlement discussions to take place. This may place a larger emphasis on parties engaging in early negation of the new lease terms of the new lease and agreeing extensions of time for issue of proceedings to allow such negotiations to continue.

The Property Litigation Association (the PLA) have now reported that they have been informed that this pilot scheme, which has been running since January 2018, is due to become permanent. There will be an opportunity however for either party to request that the case should be dealt with by a Circuit Judge at the Central London Country Court, in cases that are high value or complex. The start date is yet to be agreed. Watch this space for confirmation of when it formerly comes into place.

Insights from our colleagues around the firm