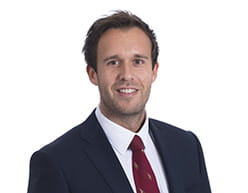 Air pollution poses a serious threat to human health, the built environment and therefore the economy.

A number of recent high-profile judgments and policies have brought air quality to the fore, leading many people to call for stronger and legally-binding air quality targets.

Air quality was also touched on as a benefit of nature-based solutions in the statement released following the 2021 G7 Climate and Environment virtual meeting.

Accordingly, the need to 'improv(e) air quality' is beginning to occupy a far more prominent position in the public psyche.

The description of soot residue and heaviness offer a glimpse of our capital at the apex of its Victorian population boom:

'Those born in London were distinguished from new arrivals to the capital by their unhealthy pallor (and) weak stature [...] The skin, clothes and nostrils of Londoners were filled with a compound of powdered granite, soot and still more nauseous substances'

Nowadays, because pollution is no longer visible we may assume that it is not there, but our knowledge of disease has advanced exponentially and this description runs the risk of becoming applicable today.

In the past year, in a landmark case, a coroner's verdict ruled continuous exposure to airborne pollution near Ella Kissi-Debrah's home made a 'material contribution' to her death, aged nine, in 2013. Ella lived very close to the South Circular Road in Lewisham and the Coroner’s inquest recorded that she had been exposed to traffic emissions in excess of World Health Organisation (WHO) guidelines. As a result, Ella became the first person in the UK, and likely worldwide, to have air pollution listed as a direct cause of death. In April 2021 the Coroner's 'Report to Prevent Future Deaths' said the Government should set legally-binding targets in line with WHO recommendations. Questions have arisen as to why it has taken so long for this danger to be fully recognised and so short a time for the trauma of the Great Smog of 1952 to fade.

The thick coal fumes that blighted cities have diminished but their successors, the nitrogen dioxides and PM2.5 particulate matter that radiate from sources such as highways, possess the disadvantage of near-invisibility. It was amongst the most important conclusions drawn from the inquest that the victim's mother had not been provided with sufficient information about the concentrations of particulates nearby or the health hazard posed by continuous exposure to them.

In March 2021, the Court of Justice of the European Union (the ECJ) held that the UK had:

The UK Government is now under increasing pressure to devise a robust regime for protecting human health that will meet the current standards, and ensure improved air quality for the future. The Environment Bill sets out a number of new legal frameworks and seeks to establish a new environmental watchdog, the Office for Environmental Protection, to hold the Government and other public bodies to account. However, the Bill is currently deferred until Autumn 2021. The Bill also introduces a duty on the Government to set air quality targets for fine particulate matter (PM2.5) by October 2022. This has prompted much criticism, most notably, there is no legally-binding target, only a target to set a target.

The pandemic has underlined our awareness of health hazards and developers, conveyancers and residents alike should carry out research into the exposure of sites to potential dangers.

The most obvious warning sign is the presence of an Air Quality Monitoring Area (AQMA), which must be set up by the Local Authority if the levels of contaminants exceed the national objective and necessitates the creation of an action plan for their reduction. A useful tool for identifying these areas is an interactive map created by DEFRA which identifies the boundaries of the AQMAs and gives a snapshot of the type of contaminant and the source.

Air pollution is not a problem that is confined to cities, concentrations can be found even in rural areas. The Dorset village of Chideock gained the title of England's worst road pollution hotspot in 2020 with the summer influx of visiting cars. The physical geography of the village exacerbates this situation as the natural sinks in the landscape allow the pollution to accumulate.

In response to this, some desktop environmental search providers have registered the need to update their search parameters and include an air quality index to indicate the nitrogen dioxide and PM2.5 concentration relative to the national legal limit.

Aside from avoiding areas with existing problems, some organisations such as the Royal Horticultural Society, are conducting research into the properties of plants and trees to filter the surrounding air. Admittedly, this is only likely to be of tangible benefit if a significant green belt is constructed but this avenue of investigation has highlighted how certain species show particular promise as natural filters.

However, it remains crucial for all parties to consider the air quality when reviewing a site and for developers to consider using planting and landscaping schemes. In the case of more densely populated areas, Local Authorities will usually have online air pollution records that, even if aged, will provide a useful indication of any 'hotspots' to be avoided.

It is against this backdrop that future development schemes and infrastructure projects will have to be considered. These include the targets and policies in force at the time, the implications of the inquest into Ella Kissi-Debrah's death, and mounting pressure for stronger air quality targets to be included in the Environment Bill, together with a growing body of human rights law and climate change litigation. Future developments will need to navigate an increasingly complex web of air quality legislation and policies, and consideration of air quality impacts and mitigation will have to take place at an early stage, and be considered throughout the lifecycle of the development.

The current momentum around air quality is not likely to dissipate, and following G7, the eyes of the world will continue to focus on the UK when the COP26 is held in Glasgow in November.