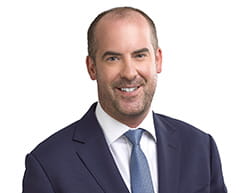 Geoff Allen is a partner in the International Corporate Department and Head of the Corporate and Commercial team of Trowers & Hamlins LLP's office in Kuala Lumpur.

During the first part of his career, Geoff worked for a top 10 law firm in the UK and Saudi Arabia where he advised on a broad spectrum of international M&A transactions before moving in-house with Arabtec Holding PJSC, a leading UAE contractor company, where he became Group General Counsel and Board Secretary. Geoff left the UAE in May 2020 to return to the UK and was engaged as a Senior Legal Consultant for Centrica plc, a leading UK energy supplier, until relocating to join Trowers & Hamlins in Kuala Lumpur in June 2022.

Geoff’s corporate M&A expertise focusses on acquisitions, disposals, joint ventures, cross-border investments, corporate restructuring and board and governance related issues together with general corporate advisory. Whilst in-house, Geoff has developed strong business acumen and commercial skills together with a hands-on perspective on the construction industry overseeing major social and economic infrastructure projects in the Middle East, North Africa, Asia and the CIS.

More recently, Geoff has gained experience in the energy sector primarily in respect of energy supply to homes and businesses, climate technologies for the net-zero transition and the strategic disposal of upstream oil and gas operations.

In 2019, Geoff was recognised by The Legal 500 GC Powerlist as a leading GC in the Middle East and North Africa.

2005 Admitted as a Solicitor to the Senior Courts of England and Wales.