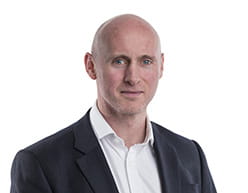 International law firm Trowers & Hamlins has advised BT on its new Birmingham base at Three Snowhill, in a deal with M&G Real Estate and developers Ballymore which is the largest speculative development in the UK, outside of London.

The development will become a base for up to 3,000 to 4,000 employees, more than four times the number of BT staff currently based in Birmingham. BT will occupy the majority of floors in the 17-storey, £200m development.

The group has acquired the lease from M&G Real Estate and plans to move its staff in from the end of the year.

"This is a hugely significant leasing deal and will provide great benefit both to BT and the wider Birmingham and West Midlands region. This deal will result BT becoming one of the largest employers in Birmingham, and aid its presence in a strategic location."

" We are delighted to support BT as they move into a commercial space that gives employees an impressive and adaptable modern environment to work in. Our involvement underlines our commitment to, and passion for, facilitating office spaces that are vibrant and fit for purpose. "

"We are thrilled to have secured these wonderful new premises for our staff in the Midlands and are excited about creating a modern workplace environment in such a prime location. We are extremely grateful to Trowers & Hamlins, who were pragmatic and efficient throughout and easily met our ambitious timetable."