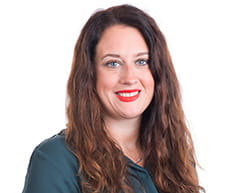 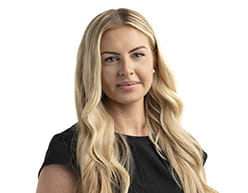 Whilst we wave goodbye to the turmoil of 2022, we are kicking off our shiny new planning law series with an aide-memoire for us all to look back on what we consider to be desired new year's resolutions in the context of planning law.

The Court of Appeal overturning the case of Stonewater would be a welcome way for us all to kick off 2023 – we are not exactly asking to squeeze water from a stone here (excuse the pun). In the case of Stonewater, the controversy arises from the fact that a Section 106 Agreement required the provision of 35% of the proposed dwellings as affordable housing. However, social housing relief was sought for 100% of the proposed dwellings and the Council refused this on the grounds that the planning obligation limited the number of affordable housing units to 35% of the total number of dwellings as a scheme delivering 100% affordable housing could not be legally implemented.

This decision is problematic as it is likely that a similarly expressed planning obligation will now fall to be construed in the same way. It is not clear as matters stand whether there will be an appeal to the Court of Appeal against the judgment in Stonewater but we are hopeful.

With the return of Mr Gove comes the resurgence of the Levelling Up and Regeneration Bill (known as LURB). One of the widely reported reform proposals is the proposition that local authorities will be able to set a new infrastructure levy which is designed to replace the existing Section 106 Agreement and Community Infrastructure Levy (CIL) system. This levy will be mandatory and based upon the final gross development value (as opposed to the discretionary CIL system which is based around floorspace). Whilst the LURB sets out a framework for the new levy, it is envisaged that the detailed design will be delivered through regulations.

The mooted benefits are welcomed as according to the bill: "[it] will allow developers to price in the value of contributions into the value of the land, allow liabilities to respond to market conditions and removes the need for obligations to be renegotiated if the gross development value is lower than expected; while allowing local authorities to share in the uplift if gross development values are higher than anticipated."

However, the phrase "don't fix what isn't broken" comes to mind. Whilst the existing system can be complex, it is difficult to understand at this stage how a new system would simplify matters.

Although the proposals may mean that affordable housing and financial contributions could no longer be reliant on Section 106 obligations, there are a number of other obligations which would remain reliant on a Section 106 Agreement. For example, open space, local employment, travel plans, construction management plans and bio-diversity offsetting which are all common obligations.

The devil will be in the detail which we hope will be forthcoming in 2023 – we sit eagerly awaiting.

As a result of the case of Hillside, amends to the planning statutory framework to facilitate the use of drop-in permissions would be welcomed by Developers and Local Authorities alike.

The result is that where you have a full planning permission (which is not phased), any development pursuant to the original permission which has not been carried out before the implementation of the drop-in permission could be rendered unlawful. We would therefore resolve for a statutory solution to fix some of this ambiguity.

There is a proposed mechanism under Section 73B of Levelling Up and Regeneration Bill which would allow for a new process to vary planning permissions. Under this proposal, a variation could be granted if the local planning authority (LPA) are satisfied its effect will not be substantially different from that of the existing permission. Whilst statutory intervention would be welcomed, the difference between a "material" and a "substantial" difference is hard to be seen and so more detailed guidance is required for us to be able to form an opinion on whether this proposal would in fact simplify the existing variation system.

Proposed reform to the NPPF

In addition to a new infrastructure levy, a revision of the current National Planning Policy Framework (NPPF) is currently undergoing consultation. We have summarised three of the most controversial reforms below:

The consultation for these proposed reforms is now open for submissions (until March 2023). It will be interesting to see how the final reform is shaped by public input. We (along with many others) note the absence of any plan or desire to address the crucial issue of lack of resources within the planning system generally. Therefore, we consider that this should be a key resolve to arise from the consultation.

If you would like any advice on any of the issues we have referred to above or if you are interested in subscribing to our planning law blog, please contact: Jasmin Andrews or Sophie Emerson.