Is there a role for the built environment to play in helping to improve air quality? 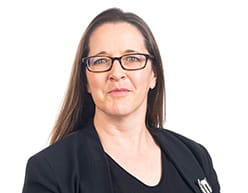 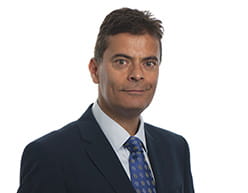 A recent report by Centre for Cities set out some stark figures about the impact of air pollution.

But while lower pollution levels have obvious health benefits, is there a role for the built environment to play in improving air quality?

Transport is one of the biggest contributors to pollution and local authorities hold a lot of the power to change how people and goods get around. In London, the introduction of ULEZ (ultra-low emissions zone) has resulted in 13,500 fewer polluting cars in central London each day and a 36% reduction in roadside nitrogen dioxide (NO2). In a similar move, Bristol City Council has announced that it will instigate a ban from 2021 on privately owned diesel cars entering certain parts of the city during the day.

Private car ownership has arguably reached its peak and some local authorities are looking to trial car-free development. That can be seen as a stick in changing behaviour but there is also a potential carrot for developers.

Many housing schemes are still designed with two-car families but some developers are taking a different approach and allocating space with an eye on future uses and value.

"Some schemes are being designed with car parking that doesn’t sit with the property,” says Georgina Savill-James, Partner at Trowers & Hamlins.
“You have the right to use the space but it stays under the developer’s ownership so that 10 years down the line it can potentially be used for something else. We need more flexibility like this.”

The industry obviously has an important role to play in developing buildings that are more energy-efficient, reducing the use of polluting fossil fuels for heating and cooling. Upfront costs are often higher but savings can be made in the longer term. Some local authorities, such as Exeter City Council are leading the way, adopting Passivhaus standards (see case study).

I think placemaking has a role and responsibility in the built environment,” says Neil Biswas, Partner at Trowers & Hamlins.

“On larger projects, you can take a holistic approach, ensuring it’s not designed around the car at all, but encourages walking, cycling and use of public transport.”

There is a legislative stick for developers. Last year the UK Government introduced a requirement for net biodiversity gain on all new developments. This requires developers to ensure wildlife habitats are left in a better state than they were pre-development.

The Berkeley Group has already started implementing net biodiversity gain on its developments and is starting to reap the rewards. Working with wildlife charities on schemes such as Kidbrooke Village, it has opted for planting and landscapes that are less manicured but more wildlife-friendly.

It will take a few years to mature but as well as attracting wildlife and keeping air cleaner, it’s also encouraging more residents outside. Writing on The Berkeley Group blog Group Chief Executive Rob Perrins said, “Berkeley’s experience with net biodiversity gain has been hugely positive on many levels. The true environmental and social value will become clear once more of our nature-rich landscapes mature.”

But, the broader social value of things like cleaner air is still unknown. There is growing evidence that sustainable buildings are becoming more attractive to certain investors but the impact of improved air quality is still a grey area.

If the overall social value could be determined, this would help incentivise the industry into helping to improve air quality as part of any scheme. Research by Harvard University already shows that the quality of air in the workplace directly impacts productivity.

For businesses, the biggest cost is staff and keeping people happy and healthy means providing a good work environment,” says Biswas. “If you can improve productivity by a small per cent, through improvements in air quality that’s a massive potential impact on businesses.”

Ultimately ensuring good air quality both inside and outside a building has to be an incentive to developers. The Centre for Cities report draws direct comparisons between towns and cities and their pollution levels and with health and well-being on the agenda, better air quality could provide a competitive edge.

Exeter has set itself a target of being carbon-neutral by 2030 and improving air quality will be both a part and a consequence of meeting that target.

Exeter City Living, the council’s private development company is tasked with leading the way in developing low carbon housing developments across the city – disrupting the volume house building model and giving home purchasers and renters greater choice over the type of home they can live in. All of Exeter City Living homes are Certified Passivhaus homes that are Building Biology Compliant (and therefore very healthy) and climate resilient to at least 2080. The developments also look at ways how landscaping and green space around the city can improve air quality and biodiversity.

“The right landscaping design can have a direct impact mitigating climate change and hotter summer temperatures by helping to reduce internal temperatures, for example by the creation of an orchard effect of enclosed tree canopies in courtyard areas. Not only does this help provide improved comfort for home occupiers in hot summers but it helps filter air pollutants and reduce energy usage from avoiding the need for air-conditioning.”

The council has already delivered over 100 affordable homes which meet Passivhaus standards and Exeter City Living is looking to deliver over 600 open market homes with the same sustainability criteria.

Ensuring new development plays its part in improving air quality is only a small part of the challenge. “We have just started applying some of these principles to some of our existing council housing stock, where we have been trialling some deep-retrofit solutions,” says Osmundsen.