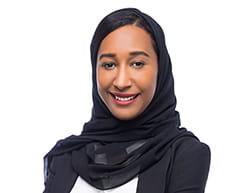 The result of the amendment is that expatriates working in Oman can, from 1 January 2021, move jobs without the need to obtain a no objection certificate (NOC) from the previous employer. Previously, if an NOC was not given by the employer, the individual would need to spend two years outside of Oman and the amendment to Article 24 eliminates this requirement.

The only remaining administrative requirement is that that the employee has to provide evidence to the relevant authorities that the previous employment relationship has ended.

As a result, there may be instances where expatriate employees will be prevented from switching jobs. One example is where there is a dispute in respect of the termination. In this scenario, it is likely that the transfer of jobs will not be possible until such dispute is resolved, though this has not yet been tested in the courts. Additionally, absconding employees will not be able to transfer jobs under the newly amended Article 24 and will still be required to leave the country in the event that he/she is found to have illegally absconded.

From an employer's perspective, there are a number of strategic actions that can be taken to ensure protection against any adverse implication of the abolishment of the NOC system.

A main concern with employers, particularly with highly skilled staff, is the potential for competition from the departing individual.  It is common to reduce this risk by inserting non-compete clauses in employment contracts.  As a result of the change, it would be advisable to include non-compete clauses (if not already included) in individual employment contracts to avoid skilled employees engaging with competitors or clients. Non-compete clauses are regulated via Article 661 of Oman's Civil Code (RD 29/2013) which provides two key limitations to a non-compete clause. Firstly, that the former employee can only be restricted for a limited duration. In a recent Supreme Court decision, it was decided that the duration must be fair and reasonable to the employee so as not be deemed arbitrary, and that the duration will depend on the industry and level of expertise of the employee.  Secondly, that the former employee may only be restricted from competing within a certain geographical scope. Whilst the Omani judiciary, to the best of our knowledge, has not provided any clarification on this second limitation, we consider factors like the location of the employer's clientele, where it conducts its business (e.g. within the GCC) , and in what geographical location can the former employee cause adverse impact.

In commercial transactions, a non-solicitation agreement or clause is a covenant that prohibits one party from soliciting the employees or customers of another party either for a specific amount of time or for an unspecified period. Dissimilar to the non-compete clause, the non-solicitation clause need not be limited in scope either geographically or for a specific period under Omani law. Theses types of clauses or agreements are recognized under Omani law and the Omani courts have historically upheld and enforced non-solicitation agreements and clauses. Where a non-solicitation clause does not exist, parties may seek to rely on Article 50 of Oman's Commercial Code (RD 55/1990 as amended). Article 50 of the Commercial Code provides:

“It shall not be permissible for a merchant to induce workers or employees of another merchant to assist him in drawing away the clientele of such merchant, or to leave the service of such merchant and enter his service and impart to him the secrets of his competitor. Such acts shall be deemed unlawful competition warranting compensation".

Article 50 provides a party seeking to rely on it with relief in the form of compensation for any damages sustained as a result of the solicitation. In a recent 2019 Supreme Court Decision, the Supreme Court found the new employer as well as the former employee jointly and severally liable towards loss sustained by the former employer in the form of loss of business as a result of the transfer of employment and solicitation in application of Article 50. The only issue with relying on Article 50 is that it places a high burden of proof on the party seeking to rely on it. For example, in the 2019 case, there was clear evidence of solicitation of clients of the former employer by the new employer and the employee in the form of emails and letters.

A non-disclosure agreement (NDA) is a legal agreement between at least two parties that controls the way in which confidential material, knowledge, or other information is shared. The restrictions can be entered separately in the form of a standalone contract or the restrictions can be included in individual employee contracts.  The aim being to prevent them from sharing sensitive confidential commercial information once the employment is terminated.  Care will need to be taken that these provisions are clearly stated to survive the termination of the other provisions of the employment contract. The Omani courts have historically accepted and enforced both NDAs and confidentiality clauses in employment contracts and have been known to enforce their terms even where the employment relationship has been terminated.

Care will also need to be taken that the restrictions do not breach any of the Omani law requirements in relation to non-compete or non-solicitation.

In our experience, Omani courts can award significant damages in relation to breaches of non-compete or confidentiality provisions.  The difficulty is that direct loss must be shown and this can be challenging in many circumstances.  As ever, having up-to-date and detailed records will be a great help in proving any such loss.

Another option could be to insert provisions agreeing to certain amounts of damages, however these are likely to be contested by an employee and run the risk of being rejected by the court if it considers them to be unreasonable.

Being a successful Employer of the Future: A Trowers Tuesday series

Strikes (Minimum Services) Bill introduced in the House of Commons

Update on the Retained EU Law (Revocation and Reform) Bill