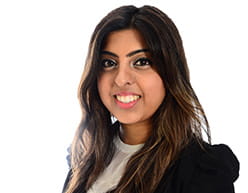 In the recent High Court judgment in Sharp and others v Blank and others [2020] EWHC 1870 (Ch), the court ordered the claimants, and its third party funder, to be jointly and severally liable for the defendant's costs in an action conducted by a Group Litigation Order (GLO) claim. The case is of particular interest due to the high costs involved, and also the increased liability for third party funders.

The case involved circa 5,800 former and current shareholders in Lloyds TSB (the Claimants) who issued a claim against the directors of Lloyds TSB (the Defendants) claiming damages in relation to the acquisition of HBOS Plc during the financial crisis in 2008. The Claimants had appointed a commercial litigation funder and also had ATE insurance in place. The Claimants' case was ultimately dismissed and the Defendants' costs were in excess of £30 million.

Despite, the Claimants arguing they should only be liable for 65% of the costs, as although it failed overall, it did succeed on two issues, the court refused to depart from their right of discretion as to which party pays the costs, under the rule in CPR 44.2(2)(a).

In terms of how the costs could be apportioned amongst the Claimants, this had to be done as reflected with the terms of the GLO, which stated that (1) the individual claimants were to be severally liable for costs, and (2) for the apportionment of costs incurred by the Defendants each quarter on common issues amongst the claimants, by reference to the size of each claimant's claim as a proportion of the aggregate claims at the relevant date. Therefore it was not possible for the liability of a class of claimant to be calculated as at a single date. If the Claimants could not calculate this through their own records, the terms of the GLO would have to be revisited later as a last resort.

An interim payment of £17 million was ordered, payable six weeks after the judgment was handed down. This was calculated based on half of the claimed incurred costs, plus 90% of the budgeted costs (plus VAT).

Pre-judgment interest was also awarded in the usual way; the Claimants were ordered to pay interest on the Defendants' costs (at the Bank of England base rate) from the date of payment of each invoice until the earlier of (i) payment of such costs or (ii) the date from which interest at the rate prescribed by the Judgments Act 1838 became payable.

The court further noted that the Arkin cap is not binding, as has been seen in Davey v Money [2020] 1 WLR 1751. Ultimately, as has been seen in other recent cases such as Chapelgate Credit Opportunity Master Fund Ltd v Money & Ors [2019] EWHC 997 (Ch), the court has the discretion, and the rule in Arkin is for guidance only.

Of further note in Sharp, is the court's order that the third party funder is jointly and severally liable for costs payable to the Defendants.

Looking forwards, funders must therefore be mindful that not only can they not rely on the Arkin cap, but they must also carefully assess their potential liability and the terms of any proposed funding arrangements, especially as applications for non-party costs orders against funders may be made more frequently in view of the more challenging economic environment. We expect that this will have an impact on the price and economics of funding going forward.

Ground Rent reform – what does this mean for you?