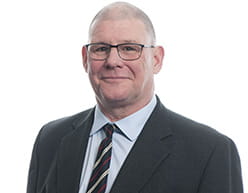 Roger is a Consultant in Trowers & Hamlins' Finance team.

Roger specialises in banking and finance with particular emphasis on asset finance as well as project finance (in particular in the Gulf).

Roger was recognised in Who's Who Legal Transport 2016 as a leading lawyer in the Aviation sector and is listed as expert (based overseas) on Oman Corporate/Commercial law in Chambers & Partners. Roger is the author of the respective Oman chapters in Aircraft Finance (McBain) and Aircraft Liens and Detention Rights (McBain).