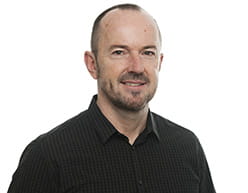 Trowers & Hamlins has signed up to a pledge to recognise UK legal apprenticeships as an equal pathway into a legal career, joining forces with a group of leading law firms to make the public commitment.

The pledge, launched by Global law firm, Norton Rose Fulbright has been formed to highlight the firms' commitment to apprenticeships and to publicise, for the benefit of current and future apprentices, the recognition of alternative paths to qualification as equivalent to more traditional routes, such training contracts.

The pledge, which has been signed by 15 others firms across the UK, commits to recruiting and developing talent in line with a set of principles, to ensure that solicitor apprentices will be treated in an equivalent manner as those from the traditional training contract route throughout their careers.

A number of law firms who have participated in the pledge will continue to collaborate with the aim of further driving forward the adoption of legal apprenticeships and providing career, networking and other opportunities to apprentices.

"We are proud to be a founding signatory to this pledge which reinforces our ongoing commitment to promoting diversity and inclusion both within our firm and in the wider legal profession. We believe that a career in law should be open to all and that providing alternative and equivalent pathways is key to achieving this."