Success for Trowers & Hamlins at the National Paralegal Awards 2021 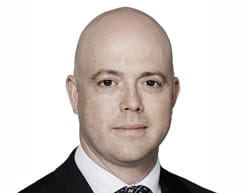 International law firm Trowers & Hamlins picked up four awards at the National Paralegal Awards 2021, including three individual awards for paralegal Melanie Salsbury, who was named Paralegal of the Year.

The National Paralegal Awards focuses on the work and achievements of paralegals, whether they are employed, self-employed, a volunteer or a business, as well as companies that support the profession.

Rounding out what was a successful evening, Trowers also picked up the award for Best Law Firm Paralegal Development.

Melanie commented on her awards:

"I am incredibly proud to have picked up these awards at the National Paralegal Awards 2021. It was an honour to be up against so many talented individuals from across the legal sector. I'm very fortunate to work with an exceptional team and to work with some great clients."

"We are thrilled to have had such a successful night at the National Paralegal Awards 2021. Not only is it rewarding to see the firm being recognised for its efforts in paralegal development, but also for the outstanding individual achievements of our paralegals. A huge congratulations must go to Melanie for being named as the Paralegal of the Year, and Georgia and Harvey for rightfully being commended for their significant contributions."