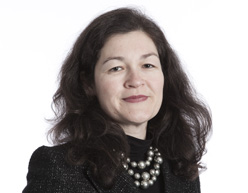 For Coastline, this deal demonstrates the value of adding the Lloyds Group to their mix of funders during lockdown 2020 as the introduction and final arrangements reflect the desired wider partnership, given Lloyds were also chosen for the SONIA revolving credit facility last summer.

The long term relationship established between Coastline and the Lloyds Group will see the funding used in the pursuit of Coastline’s Great Futures plan, investing in new and existing homes as part of tackling the housing crisis in Cornwall.

Nathan Mallows, Director of Finance and ICT at Coastline explained:

"Over the last 18 months especially, the value of effective relationships and partnerships has become self-evident. Our work with Jasna Djurisic and the wider Trowers' team has been both thoroughly successful and efficient but also fun. The pressure points towards the end of the timeline were handled brilliantly with great communication and clear guidance to ensure that we completed the transaction to the expected timeline."

"It is always a great pleasure working with Coastline – a housing association that is demonstrably dedicated to resolving difficult housing issues.  Interesting to see a borrower opting for a long term fixed rate facility as an alternative to a bond issue or private placement."