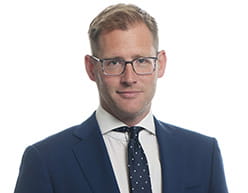 Trowers & Hamlins has acted for long term client EMH Homes in connection with a refinance of its debt from NatWest.  The £135M+ line of funding includes a new revolving credit facility of £75M and involved several properties.

Eddie O'Hanrahan, who led the Trowers & Hamlins team, remarked that "Trowers is once again delighted to have supported EMH in its latest round of funding especially given these unprecedented times.  EMH plans to use its strategic new funding to support its on-going growth. It has been a pleasure to act for EMH as always and we look forward to working with them again in the future."

Helen Haywood, Head of Treasury at EMH, said: “We would once again like to extend our thanks to Eddie O’Hanrahan and his team at Trowers & Hamlins for their support with this transaction. This increase in the availability of finance is a real boost to our ambition to deliver 2500 affordable homes in the East Midlands by 2023.”

The final laps for LIBOR transition