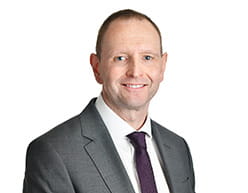 Steve specialises in commercial dispute resolution and brings wide experience to the team, broadening the firm's commercial litigation offering. He has a wealth of experience in resolving disputes for clients operating in both the private and public sectors, by way of formal litigation processes and mediation/negotiation.

Steve will be focussing on commercial dispute resolution and risk management for local, national and international clients. He is known for his pragmatic approach, working with clients to resolve high value, complex and sensitive matters.

On his appointment, Steve said:

"It's an incredibly exciting time for Trowers & Hamlins and for the Manchester office in particular. I'm really looking forward to working with the team and am delighted to be part of realising the ambition for growth of both the office itself and the firm's national Dispute Resolution team."

"I'm delighted to welcome Steve to Trowers. His appointment demonstrates the team's expansion nationally; he will play a key role in supporting continued plans for growth regionally and nationally, adding value to our dispute resolution offering in both the public and private sector space."