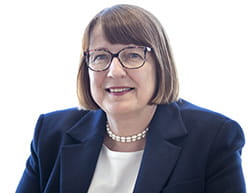 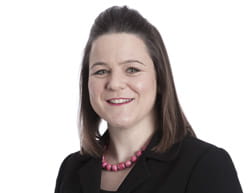 International law firm Trowers & Hamlins is celebrating the centenary of the passing of the Sex Disqualification (Removal) Act 1919, which removed the legal barrier to women working as lawyers on the grounds of their gender.

The firm will be sharing a series of stories based around a selection of inspirational Trowers women, past and present, including that of Maud Isabel Ingram.

Maud Ingram was employed by Trower, Still and Keeling (later to become Trowers & Hamlins) in December 1919 and was the first woman to be articled to a solicitor following the Act in 1919. The championing of women's rights is intrinsic to the firm; Sir Walter Trower seconded the resolution and it was ultimately carried by 50 votes to 33.

Much has moved on since 1919. Trowers & Hamlins celebrates a diverse and inclusive culture, echoed by its female senior and managing partners and low mean gender pay gap of 0.8% in favour of women across the whole of its partnership.

Jennie Gubbins, one of few senior partners across the UK, commented:

"I am hugely proud of the history of women in Trowers over the last hundred years and excited too about the future that we can build and shape together. Looking at the inspirational stories we can reflect for a moment on how far we have come and celebrate that success - inspiring future generations of women to thrive and succeed at Trowers and the profession as a whole"

"The importance of this occasion cannot be overstated.  We are proud that Maud's legacy is interwoven into our rich history as a firm, and thanks to women like her the legal profession is wholly more equal and open. We are delighted to recognise the essential contribution that women have made by celebrating the moment that this key barrier to women entering the profession was lifted."

Buying a horse - What are your Consumer Rights?