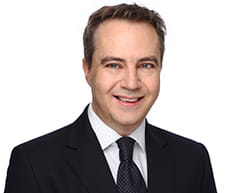 Trowers & Hamlins has advised Hybridan and Grant Thornton on their respective roles as broker and nominated adviser to Crossword Cybersecurity plc (AIM: CCS) on its placing and admission to AIM.

Following its successful placing and subscription of approximately £2 million, Crossword has a market capital of approximately £13.6 million on admission to AIM. The net proceeds of the fundraising will principally be used to further develop the group's operations and to support existing and future contracts.

Hybridan, led by Claire Noyce, has provided broking services to Crossword since 2016, including a £2 million fundraising earlier this year, positioning the company well for its move from the NEX Exchange Growth Market to AIM. The Grant Thornton team, led by Colin Aaronson and Jamie Barklem, is newly appointed as nominated adviser to Crossword, marking the third AIM admission for Grant Thornton in its capacity as nominated adviser, in the space of two weeks.

The Trowers & Hamlins team was led by Corporate Partner, Ed Hooper, who commented:

“We are pleased to see that Crossword has secured a strong team in the appointment of Hybridan and Grant Thornton. We are delighted to have worked in collaboration with them on this exciting transaction. The cyber security market continues to experience significant growth and investor interest and we wish Crossword every success on its continued growth cycle.”

“We are very grateful to Ed and the Trowers & Hamlins team for their support and practical advice throughout this deal. We have greatly valued their AIM market knowledge and technology expertise, which made for a smooth and efficient closing."

Podcast: The urban landscape of a smart city

Trowers talks podcast: The future of mobility in a smart city