Pension funds: judgment creditors may be in the money 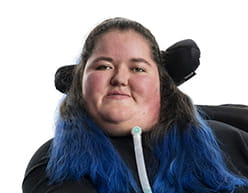 Pension funds can represent sizeable assets. With the average pension pot in the UK reaching £61,897 after a lifetime of saving, it's no wonder that creditors may be interested to know whether they can access such monies. Historically, this has been extremely difficult.

The position in Bankruptcy

In bankruptcy, pensions funds are excluded from the bankrupt's estate by section 11 of the Welfare Reform and Pensions Act 1999 (the Pensions Act). This means that, in relation to any bankruptcy order made or petition presented after 29 May 2000, all approved (registered under the relevant tax legislation) pension funds will be excluded from a bankrupt's estate. These statutory protections were enacted following the case of Re Landau (1998), in which the court decided that pension rights held by a bankrupt would pass automatically to a trustee in bankruptcy. This was a concerning decision for bankrupt individuals close to retirement age and in light of government policy to encourage people to save to retirement, and thus the Pensions Act was brought in to reverse the decision in Re Landau.

A trustee in bankruptcy may be able to access pension monies as income via an income payment agreement/order if the bankrupt is actively claiming the pension. (After conflicting first instance decisions in 2012/2014, in 2016 the Court of Appeal confirmed in Horton v Henry that a trustee in bankruptcy cannot compel a bankrupt to draw a pension, even if the bankrupt is over the age of 55 and in a position to obtain immediate payment, so as to enable an income payment agreement/order to be made.), A trustee may also access funds if pre-bankruptcy contributions have been "excessive", so as to prevent unfair prejudice to creditors caused by prospective bankrupts seeking to take advantage of the exclusion of pension funds from a bankruptcy estate. Therefore, it is only in limited circumstances that funds held in a pension will be made available to creditors of a bankrupt.

Similarly, pension funds have consistently been protected in relation to judgment debts. In Field v Field (2003), the defendant had breached an order to pay the claimant £900,000 and thus the claimant sought one of three things:

The court dismissed the claimant's applications and held that none of the above options were viable in the circumstances.

Judgment creditors – a change in approach?

However, there has recently been a sea change in relation to judgment creditors accessing a judgment debtor's pension funds. These precedential developments are worthy of closer inspection.

Interestingly the judge in Blight identified a "strong principle and policy of justice to the effect that debtors should not be allowed to hide their assets in pension funds".

This year we have seen three cases which will heavily influence this area of the law.

In May, the judge in Bacci v Green granted an order obligating the defendant to delegate to the claimant's solicitors, in relation to his pension fund, his power to revoke his Enhanced Protection concerning his lifetime allowance (afforded under paragraph 12 of Schedule 36 to the Finance Act 2004), his right to call for a lump sum (both a pension commencement and a lifetime allowance lump sum) and his right to draw down his pension. Notably in this case the defendant was not yet aged 55, and so the order allowed the claimant's solicitors to give notice to the pension trustees to affect the delegated powers on the date on which the defendant turned 55. Once the lump sums and pensions were paid into the defendant's nominated bank account, the claimants could then seek to recover the judgment debt by way of a TPDO.

On 11 July the matter of Brake and another v Guy and others was heard. The defendant already had unrestricted access to his pension fund, by way of an annuity, lump sums or draw down (and he had in fact already accessed a proportion). Despite this, in line with Blight, the judge held that there was still no debt to which a TPDO could attach, citing specifically Civil Procedure Rule 72.2(1). However, it was noted that this pension fund was held in investments rather than cash. If this pension fund had been held in cash, the judge would have assessed it as a debt due to the defendant and thus a TPDO would be workable. Going one step further than the precedents in his rear view, the judge in Brake granted an order requiring the defendant to exercise his right to draw down his remaining pension (how much this would be exactly was unknown due to tax and administrative costs, but this was by the by). In the now established manner, a TPDO could then attach itself to this sum due from the pension trustees as soon as the defendant exercised his right.

In both Blight and Bacci the debt related to fraud, whereas in Brake it simply related to payment of appeal costs. In Brake, it was made clear by the court that it is not the defendant's conduct which gives rise to the liability, and therefore there does not need to be a fraudulent debtor in order for an order to be made.

Only three days later, on 14 July, the case of Lindsay v O'Loughnane arose. In enforcing this judgment debt, the court ordered that the defendant write to each of his three pension providers to request that they continue to hold his pensions until his normal retirement date (or when he reached the age of 55, if later), at which time they completely draw down his pension funds and pay the monies direct to the claimant. It was of no concern that this would not take immediate effect. Whilst the judge declined to include a default provision in the order in the event of the defendant failing to make the appropriate written requests, this was a relatively strong order to make in favour of the claimant but nonetheless it was "just, equitable and convenient" to make it. The judge commented that that the starting presumption in these situations is "…that the court should assist the judgment creditor to recover the debt due to him."

Following Lindsay and the judgments which landed before it, it is clear that debtors can no longer consider their pension funds untouchable. Creditors can look to enforce judgment debts in new and broad ways, no matter the age, conduct or entitlements of the debtor.

This is, however, a complex and evolving area of law. In the context of bankruptcy, we have seen swift legislative action in years gone by which aim to encourage individuals to save for retirement.

Therefore, whilst creditors may welcome recent developments in this area, all claimants should proceed with caution and obtain sound legal advice before attempting to access a pension pot.