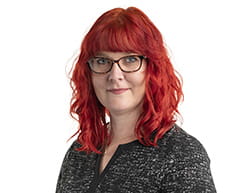 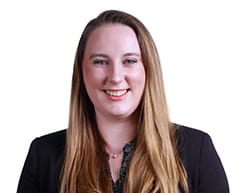 In the first bulletin following our summer break, we consider the Court of Appeal's decision on the recoverability of pandemic rent arrears under a commercial lease and the Upper Tribunal's decision on how to secure a new telecoms Code agreement where there is an intermediate lease. All this together with insights from our colleagues around the firm, positive news and the usual quiz.

In a decision which affirms longstanding principles, the Court of Appeal has unanimously found in the favour of commercial landlords following linked appeals in these cases:

The tenants obtained permission to appeal the first instance decisions to the Court of Appeal. One of the main arguments raised by the tenants was that during the lockdowns, as it was unlawful to open their businesses, there was an implied term in their leases that their obligation to pay rent ought to be waived during the period opening was restricted. The Court of Appeal handed down their decision over the summer, and they rejected the arguments raised by the tenants and upheld the decisions of the High Court.

The Court of Appeal's position was that the tenants' arguments did not reflect what was agreed between the parties at the time of entering into their respective leases. This reinforces commercial landlords' right to recover arrears which have accrued since the pandemic, which will be subject to the arbitration scheme under the Commercial Rent (Coronavirus) Act 2022.

If you are interested to read more, have a look at our longer article discussing the cases.

The first decisions under the coronavirus rent arbitration scheme are discussed here.

Vodafone sought to renew the Original Agreement under the Code and although neither Gencomp (the current freeholder) nor APW objected to this, the Tribunal was asked to determine the process by which this should be achieved.

Vodafone's position was that as Gencomp was successor in title to Publico, the grantor under the Original Agreement, then on a strict interpretation of the Code Gencomp was the correct party to confer Code renewal rights on Vodafone

The judge pointed out that the Code does not deal with situations where the immediate landlord is not the freeholder, that "it may be that the problems to which this not uncommon form of property arrangement gives rise were simply not considered by the drafters of the Code" and that "it is therefore necessary that the Code be interpreted in such a way as to provide a procedural route to enable an effective …agreement to be obtained through the Tribunal if necessary".

The Tribunal held that the basic principle in the Code is that only occupiers of land (discounting the occupation of an operator already in occupation) can confer Code rights while others with an interest in land or rights over it may only be bound by Code rights.

The procedure under paragraphs 33 and 34 in Part 5 of the Code to amend/renew or bring to an end an existing Code agreement was not available in these circumstances because the Code specifies that notices served, and agreements imposed under these sections must relate to the parties to the original agreement and their successors and APW was neither of these things.

The judge flagged that whilst the use of Part 4 was a solution in part to the circumstances of this case, it did not address the "gap in the legislation" which means that an intermediate lessee who wishes to redevelop a building over which Code rights have been granted by a superior landlord will find themselves in difficulty with no obvious means of bringing Code rights to an end. The judge's advice: "A person contemplating taking an [intermediate] lease with a view to redevelopment would… be well advised either to adopt a different structure or to ensure that any Code agreement which may interfere with their proposals has been terminated before they acquire their interest".