How will the GCC's commitment to carbon net zero affect the construction and infrastructure sector? 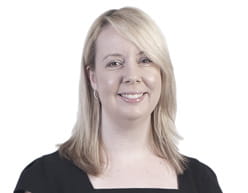 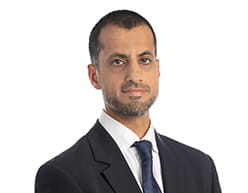 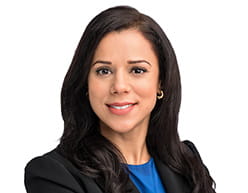 In recent years, countries in the GCC region have announced their respective targets for carbon net zero and strategies to achieve them. These targets and strategies are expected to have a significant impact on the construction industry in the Middle East. The webinar provided an overview of the net zero commitments made by the various GCC member states, how this may lead to changes in key provisions of construction contracts, and the potential effects of such policies on construction disputes.

Cheryl Cairns introduced each GCC country's commitment to net zero and by when it intends to fulfil its commitment and set out the long-term strategies and initiatives planned to achieve it.

Hasan Rahman explained the limitations of most current GCC construction contracts in adequately addressing the GCC's net zero commitments and suggested that the existing consensus of largely leaving specific environmental and sustainability provisions to the technical annexures of contracts ought to be reconsidered.

Hasan identified opportunities to add bespoke clauses dealing with sustainability and carbon reduction into construction contracts and discussed examples of specific contract drafting that parties can incorporate (such as clauses recently published by NEC4 and The Chancery Lane Project) whilst warning that such drafting requires a compatible regulatory and commercial environment in the GCC construction industry in order to have the desired effect. Such an environment is only likely to be achieved if sustainability and reducing carbon emissions during construction become a key driver in procurement as well as the traditional three tenets of time, cost and quality.

Hasan predicted that GCC construction contracts will not routinely introduce more substantive express environmental drafting until the key participants in the GCC construction industry (particularly funders and public sector developers) have moved to embed net zero goals into their policies, and this is unlikely to occur without regulatory reform.

Karie Akeelah explained that the GCC region's race to carbon net zero will challenge the construction industry to change how it currently operates. Karie identified that those changes can be foreseen to involve: (1) the availability, use and cost of materials; (2) increase for new technology, particularly for renewable energy projects; (3) new environmental regulations and reporting requirements; (4) obtaining investment for projects; (5) involvement in carbon emissions trading schemes; and (6) reliance on potentially new and developing infrastructure to perform contracts. Karie explained that those foreseeable changes may widen the scope for disputes.

Karie explained that time and cost implications are likely to where there are fluctuations in demand and prices for materials, due to technological advances or changes in policy and law. Karie went further to explain that, in some instances, certain materials may no longer be commercially viable as a result, which could cause further increases to costs or delays to projects resulting in disputes.

Karie provided examples of how evolving legislations and regulations of sustainability in other jurisdictions have given rise to increased disputes for breach of contract for non-compliance, increased costs and delays.