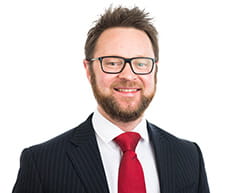 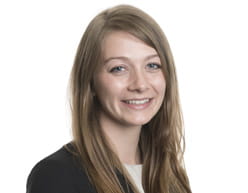 The Queen's Speech has revealed the Government's agenda for new legislation in the coming year. We take a look at the key points which are likely to have an impact on the property sector.

It highlighted a focus on dealing with the cost of living crisis by levelling up opportunity in all parts of the country, supporting more people into work and a drive to strengthen the economy. We take a look at the key points which are likely to have an impact on the property sector.

1. Levelling Up and Regeneration Bill

The Levelling Up and Regeneration Bill was announced with the intention of driving local growth, empowering local leaders to regenerate their areas, and ensuring everyone can share in the United Kingdom's success. The main elements of the Bill will be:

Placing a duty on Government to set Levelling Up missions.

On planning reform, it was confirmed that significant swathes of the planning White Paper have been abandoned. There will be no new planning bill and the controversial proposals for a centralised zonal planning system have been abandoned. Instead a Levelling Up and Regeneration Bill will contain planning provisions designed to "give communities a louder voice, making sure developments are beautiful, green and accompanied by new infrastructure and affordable housing". The elements of the planning white paper that survive include:

The Procurement Bill was announced with the aim of simplifying public sector procurement to provide new opportunities for small businesses.  The proposed legislation is aimed at taking advantage of Brexit by moving away from EU rules and introducing new procurement tools – however, the opportunity to "move away" from EU rules is limited due to our membership of the World Trade Organisation's Agreement on Government Procurement, which actually underpins a lot of the rules. Nevertheless, there will be a push to a more UK-based approach to procurement, with a number of exemptions, processes and selection criteria reflecting more closely what happens in current British procurement practice.

This will include the development of more flexible procurement tools, such as "open" frameworks and dynamic marketplaces (previously called dynamic purchasing systems), an enhanced approach to transparency (which is arguably being heavily pushed due to the PPE procurement cases that have been subjected to recent scrutiny by the Courts but that inevitably will significantly add to the administrative burden faced by public sector purchases). It will also redesign the procurement requirements to reflect UK-practice: articulating national selection criteria, enshrining procurement priorities and introducing new exemptions that reflect British business practice as it currently stands (e.g a new safe harbour for variations made to long-term, complex contracts).

There will be a "go live" period of 6 months following Royal Assent of the Bill and necessary secondary legislation and statutory guidance – in order to ensure the procurement capacity and capability in each organisation participates in the learning and development programme – so we expect the new regime to be in force by approximately September next year.

The Social Housing Regulation Bill was announced with the aim of improving the regulation of social housing to strengthen the rights of tenants and ensure better quality, safer homes.

Draft legislation has been produced which will amend the Housing and Regeneration Act 2008 in order to:

The Energy Security Bill was announced with the stated aim of delivering the transition to cheaper, cleaner and more secure energy.  The key aspects of the Bill will be to protect consumers against rising global prices, enabling the price cap to be extended beyond 2023.   It will also introduce new tools to encourage new innovative low carbon-technologies including models for Carbon Capture Usage and Storage.   The Bill will also seek to encourage investment in the consumer market for electric heat pumps with the hope of reducing the cost of installation to consumers, as well as appointing Ofgem to regulate the heat networks sector.

The Brexit Freedoms Bill was announced with the aim of making it easier to amend, repeal or replace retained EU laws and regulations which are deemed to no longer suit the needs of the UK and its economy.  The government has stated that one potential outcome will be the removal of £1 billion of burdensome red tape for businesses in a push to improve innovation and competitiveness.

It was confirmed that a new Bill of Rights will be introduced in order to restore the balance of power between the legislature and the courts.  One of the key aims of the Bill of Rights will be to reduce unnecessary litigation and avoid undue risk aversion for bodies delivering public services.  It will also establish the primacy of UK case law, clarifying that there is no requirement to follow the Strasbourg case law and that UK Courts cannot interpret rights in a more expansive manner than the Strasbourg Court.  Beyond these high level statements, the scope and extent of the reforms to human rights rules are yet to be outlined.

It was confirmed that the UK's current data protection laws, which were only recently introduced under EU rules, will be reformed. The Government has stated that it intends to create a new UK data protection framework to reduce the current burdens on companies and instead use data to encourage growth and innovation, particularly in the fields of science and technology. It is also intended the Information Commissioner's Office will receive new enforcement powers when it comes to taking action against non-compliant organisations.

New legislation will be introduced with the stated aim of strengthening the United Kingdom’s financial services industry, ensuring that it continues to act in the interest of all people and communities.  The Bill will aim to encourage more international investment into the UK by reforming EU laws, cutting red tape and supporting the use of innovative technologies to improve security and investor confidence.

Notably, the issue of leasehold reform was not mentioned in the Queen's Speech.  As things stand, the Leasehold Reform (Ground Rent) Act 2022 will come into force on 30 June 2022 to ban ground rents in long residential leases. The Government also consulted earlier this year on the first phase of its implementation of reforms to the rules on leasehold enfranchisement, commonhold and right to manage.  Whilst the Government has said that it remains committed to these issues, the timescale for introduction of the reforms is presently unclear.

Also on the Government's agenda (although not mentioned in the Queen's Speech) is the Renters Reform Bill, which is expected to:

A White Paper is due to be published later this year setting out the full details and scope of the reforms the Bill will introduce, although the timescale for introduction of the reforms remains unclear.

Although not specifically mentioned in the Queen's Speech itself, this Bill is expected to form part of the Government's measures to boost the economy and level up opportunity across the UK.  The Bill is likely to include further reforms to the Electronic Communications Code in order to assist with the accelerated roll out of 5G and provide improved digital connectivity to all parts of the country.  The aim of the reforms will be to streamline the negotiation process between operators and site providers by encouraging more collaboration between the parties.