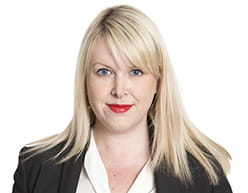 The Health and Care Bill received Royal Assent on 28 April 2022 and the Health and Care Act 2022 (the Act) has now been passed into law.The Act is the most significant health legislation since the current NHS structures were put in place under the Health and Social Care Act 2012 a decade ago. It is hoped that the reforms will lead to an exciting new era for the NHS and those organisations working with it, not least because the reforms in the Act aim to promote and enable greater collaboration and partnership working in the health and care sectors.

Key changes in the Act

The Act builds on the proposals for legislative change set out by NHS England in its Long Term Plan and covers a wide range of areas. It reforms how health and care services work together, introduces measures to tackle the COVID-19 backlogs and provides for a more locally driven approach. A new Health and Care Levy is also being introduced to boost health and care services, which the Government has said will amount to £36 billion over the next three years.

A key reform under the Act is putting Integrated Care Systems (ICS) on a statutory footing as commissioners of local NHS services. Each ICS will be led by an NHS Integrated Care Board (ICB), which will replace Clinical Commissioning Groups from 1 July 2022. ICBs will have responsibility for NHS functions and budgets. Statutory committees known as Integrated Care Partnerships (ICP) will also be established to bring together the ICB with their partner local authorities and other local representatives, including VCSE organisations. ICPs will also be tasked with developing a strategy to address the health, social care and public health needs of their local population.

Secretary of State powers to intervene in local service reorganisations and decision making remain but are subject to checks and balances introduced in final amendments to the Bill.

Another key change in the Act is to the procurement rules for the NHS. The Act enables bespoke healthcare-specific regulations to be introduced for arranging healthcare services in England so that the commissioning of healthcare services will be taken outside the scope of the Public Contract Regulations 2015 (the PCR) and any successor legislation. This new set of rules will be known as the NHS Provider Selection Regime (the Regime) and in some cases, services may be able to be contracted without competitive tender processes.

The Government initially consulted on the Regime in early 2021, and you can read our response to the consultation and summary of the proposals. The Department of Health & Social Care ran a further consultation on the specific details of the new regime (which closed on 28 March 2022), in which they stated that while the Regime will not be established at the same time as ICBs in July 2022, it will be established as soon as possible afterwards.

It will be interesting to see how the Regime sits alongside the Government's proposals for wider public procurement reform in the upcoming Procurement Bill. We anticipate that contracting authorities operating within the NHS will have to comply with the wider procurement rules for anything other than healthcare services (such as works and supplies contracts) which are above the monetary thresholds or not otherwise exempted. One of the ambitions of the Green Paper was to consolidate the procurement rules into one place so that it would "reduce complexity and give greater clarity" to contracting authorities. We await the publication of both the Procurement Bill and the regulations for the Regime to see how the two will link together and avoid any future confusion.

Over the next few months, we will be publishing further insights into some of the key reforms in the Act. Also look out for our upcoming webinar on what the changes mean for your organisation.

Social housing rent cap – The consultation is out!