The road to net zero: New ambitious climate change target ahead of COP26 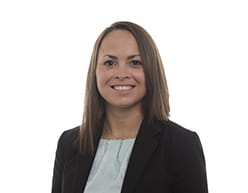 In September 2019, the UK won the bid to host the 26th Conference of the Parties (known as COP26) to bring together heads of state, climate experts and negotiators as part of an international response to the climate emergency.

As the host of COP26 – now due to take place this November, the UK has come under pressure to set suitably ambitious climate change targets and demonstrate a 'world leading position' in the fight against climate change. So, in April 2021 the Government announced that it would be adopting a Sixth Carbon Budget, in line with the recommendations of the Committee on Climate Change, which sets a new legally-binding commitment to cut the UK's greenhouse gas emissions by 78% by 2035 compared to 1990 levels. It will also for the first time include the UK's share of international aviation and shipping emissions. The new legal commitment is to be enshrined as a further amendment to the Climate Change Act 2008 by the end of June 2021.

The new commitment is world-leading but if the targets are to be achieved by 2035 or 2050, more action is needed. So what has the Government announced so far?

The Energy White Paper (published in December 2020) set out the pillars of Government's policy framework to drive net zero. It brings together energy policy across a range of sectors covering power, renewables, buildings, transport, industrial sectors and oil and gas to create a joined-up approach. The Energy White Paper is the first of its kind since 2007 and was published against the backdrop of a nation trying to resurrect from the COVID-19 pandemic – with a focus on the opportunity that climate change action offers for growth and job creation. Some of the headline announcements were:

The Energy White Paper is bold in its claims but acknowledges that more will need to be done to meet the targets (and even more to meet the ambition of the Sixth Carbon Budget). We can expect a plethora of further strategies, consultations and announcements to fill in the detail in the lead up to COP26. That has begun with publication of the Industrial Decarbonisation Strategy and the North Sea Transition Deal already this year, as well as interim uplifts in Building Regulations announced to drive energy efficiency standards in new homes ahead of the Future Homes Standard.

We are also expecting a Hydrogen Strategy (together with details of support for low carbon hydrogen), a Smart Systems Plan, a Transport Decarbonisation Plan, a Heat and Buildings Strategy, and an overarching Net Zero Strategy - all prior to COP26.

Tackling the climate crisis will, as the Government acknowledges, require decisive global action and significant investment and innovation by the public and private sectors - but with a clear worked-up strategy to meet these ambitious targets, the UK is in a unique position to lead by example and demonstrate at COP26 that early decisions are key.