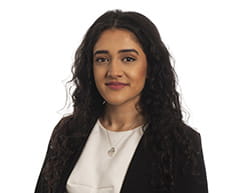 On 28 May 2021, the Upper Tribunal handed down judgment in a case dealing with interim rights of access for operators under paragraph 26 of the Electronic Communications Code.

Despite concerns raised by the site provider, London Underground Limited, regarding security and the integrity of critical national infrastructure, an order was granted in favour of EE Limited and Hutchinson 3G Limited, allowing them to undertake a multi-skilled visit (MSV) at a high security building in Central London. The decision has implications for site providers facing requests from operators for interim access Code rights to assess the suitability of the site for telecommunications apparatus and highlights that even concerns that may ultimately prevent the grant of permanent rights will not necessarily prevent an MSV taking place.

While the circumstances in this case are unusual given London Underground's security concerns around the building and it being designated as critical national infrastructure, it was made clear that the UT has the power to impose interim rights of access in such circumstances. Further, the case reaffirms a decision of the Court of Appeal that a right of access to carry out an MSV is a Code right and one that may be conferred on an interim basis under paragraph 26 of the Code (University of London v Cornerstone Telecommunications Infrastructure Ltd [2019] EWCA Civ 205).

The decision will provide clarity for practitioners advising site providers. Interim rights will be granted if a ''good and arguable'' case that the conditions under paragraph 21 of the Code are made out. In particular, an operator must show that, on the balance pf probability (1) any prejudice caused to the relevant person is capable of being adequately compensated by money and (2) that the public benefit likely to result from the making of the order outweighs the prejudice to the relevant person (and the Tribunal is to have regard to the public interest in access to a choice of high quality electronic communication services).

London Underground's security concerns were not sufficient to justify the refusal to grant interim rights of access. It was held that while these concerns could be an obstacle to the obtaining of permanent Code rights, where much more frequent access would be required to the site, this fell to be considered at the stage of assessing the suitability of the site for hosting the apparatus and did not prevent the grant of interim rights to conduct the MSV.

Two telecommunications operators, EE Limited and Hutchinson 3G UK Limited, requested interim Code rights to allow them access to carry out an MSV at a London Underground building. London Underground is a subsidiary of Transport for London and responsible for running the tube.  The building, located at an undisclosed location in Central London, is a 'network power control centre', part of London Underground's operational estate and designated as critical national infrastructure.

The interim rights were sought because the operators required a replacement site on which to locate its telecommunications apparatus. The operators were required to vacate and remove their apparatus from another building, in close proximity to the London Underground building. The operators' evidence stated that any loss of mobile phone network coverage in the area would have a significant adverse impact on the public and the performance of the emergency services communications network supported by EE, in a busy, densely built part of Central London where the operators' services are increasingly relied upon.

However, London Underground refused the request for interim access on the basis of the extremely sensitive and high security nature of the building and there being ''inadequate access arrangements'' for the operators to be supervised during the MSV. London Underground's evidence quotes guidance provided from the Secretary of State referring to the need to take appropriate measures to protect the critical national infrastructure from unauthorised access and highlighted threats to its network and risk of terrorist attacks. London Underground considered that if more people that had access to the building and knowledge of the building's use, that would make it less secure. Further, it was argued that, even if access was required on only a handful of occasions (the operators suggested a small number of visits would be required, each for a duration of about an hour), the necessary diversion of resources to supervise this access would create a risk to the security of the London Underground network that was not capable of being compensated in money.

In granting the order imposing the interim rights sought, the Tribunal considered that what was being proposed by the operators would not expose the building to an appreciable risk of sabotage and the concerns of London Underground in relation to facilitating brief, supervised access on a limited number of occasions was too remote and theoretical to amount to prejudice against London Underground. Although it was accepted that a significant diversion of staff away from their primary duties could potentially create a risk elsewhere, the Tribunal did not consider that any significant diversion was in fact proposed. In the event, it was held that the risks highlighted by London Underground were capable of being addressed by appropriate conditions on the access sought.

Although the Tribunal found that there was nothing to prevent the making of an order imposing interim rights for an MSV, despite the extreme circumstances of this case, the Tribunal did encourage the operators to have regard to London Underground's concerns when considering the suitability of the building as a site for their apparatus. Any application for permanent Code rights will inevitably require more extensive evidence and consideration and, in the Tribunal's words, London Underground's concerns 'might be enough to tip the balance'. We watch with interest.