How does Brexit impact your intellectual property rights? 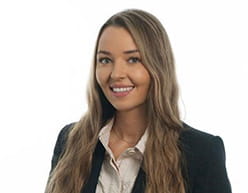 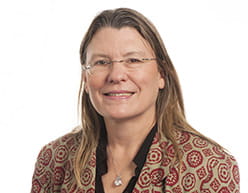 Brexit has had a huge impact on how businesses operate and make strategic decisions including how to protect and enforce intellectual property rights in a post-Brexit era.

In Part I of our bulletins we look at the impact on trade marks, design rights, patents, copyright and database rights.

EU trade marks cover all EU member states and so are a cost-effective way of protecting trade marks in the EU Member States, through a single trade mark registration (an EUTM) at the EU Intellectual Property Office (EU IPO). Similarly for designs, the EU offers both Registered Community Designs (RCDs), which are obtained by filing an application at the EU IPO and Unregistered Community Designs (UCDs) which rights arise automatically when a new and unique product is made available in the EU. Design rights are widely used in sectors such as the fashion industry.

On 1 January 2021, when the UK officially left the EU, all existing registered RCDs and EUTMs were copied and "cloned" on to the UK trade mark and design registers (as applicable) to create a comparable registered right in the UK.  These cloned registrations now appear on the UK register, keep the original EU filing date, have the same status as if they were originally applied for as UK trade marks/designs and for all intents and purposes, are a fully independent UK registered right which can be challenged, licensed, assigned or renewed completely separate to the original EUTM or RCD.

EUTM applications in existence on 31 December 2021 have not been cloned onto the UK register and applicants have until 30 September 2021 to apply for a separate UK trade mark keeping the same application date as the earlier EUTM application. This application is treated as a new UK application and is subject to UK application fees, examination and even opposition; the mark will not therefore automatically be registered in the UK (unlike the position for the pre-existing registrations as at 1 January 2021).

Post 31 December 2020, completely new trade mark or RCD applications will require separate applications at the UK and EU IPO with no link between the two.

Post-Brexit, all UCDs that existed as at 1 January 2021, continue to be protected and enforceable in the UK, but only for the remainder of their given period of UCD protection (UCD protection lasts for three years from the date the design was first put on the market in an EU Member State and gives a right to the owner to prevent copying of its design). Any new UCDs which arise automatically in an EU member state after 1 January 2021 will no longer cover the UK.

The UK government has however introduced an equivalent protection in the UK in the form of a supplementary unregistered design (SUD). The SUD provides similar protection to that conferred by UCDs in the UK only. SUDs are established on first disclosure in the UK or a "qualifying country" (which does not include the EU). For this reason, first disclosure in the EU will not establish a SUD and may even destroy the novelty of a UK SUD.

Practically, businesses should think carefully about when and where to disclose designs (the UK or EU) on launch. Disclosure in one territory may destroy the ability to later seek protection in the other territory, as the design will have already been disclosed to the public and will no longer be considered novel.

Brexit has had a limited impact on patents as they are national rights. Even so called EU patents are actually a bundle of national patent rights centrally administered during the patent application process. Once registered, although registered on the EUIPO database, all renewals for the patent are dealt with locally in the national patent offices where protection for the patent is designated. Whilst the name suggests it is, the European Patent Office (EPO) is technically not an EU institution.

Similarly, the European Patent Convention (EPC) is an international treaty, to which the UK remains a party. Accordingly, new patent rights in the UK can still be obtained through European Patents (EPs), the grant and validation of which remains unchanged in the UK. Similarly, the UK Intellectual Property Office's (UK IPO) ability to grant UK patents remains unchanged.

The most significant development from Brexit for patents is, however, the UK's withdrawal from the Unitary Patents Court (UPC). The UPC proposes to introduce a form of Unitary Patent (UP) which could be enforced centrally in the EU by the UPC providing cover in all EU member states. As the UK is no longer a part of the EU, it cannot be a member of this system. In the UK, businesses will only have the option of protecting their inventions using national UK patents or via EPs. If necessary, these rights can be litigated in English courts or other relevant national courts but proceedings relating to these patents cannot be brought before the UPC.

That said, some aspects of UK copyright law is derived directly from EU Directives (which for some active issues may now cease to apply in the UK). These for example include cross-border portability of online content services, copyright clearance for satellite broadcasts, reciprocal protection for database rights (see below) and the orphan works exception. We are waiting to see how this will impact on the UK and its legislation and whether any private contractual relationships will arise in order to deal with UK arrangements in these areas.

The most significant development in this area is in relation to databases, and the EU sui generis right (a right introduced by the EU Database Directive giving eligible databases protection in all EU Member States).  As the UK is no longer a member state, this Directive ceases to apply in the UK where the database did not exist before 1 January 2021. UK businesses and individuals are no longer eligible to hold database rights in the EU for such databases. Instead, alternative means of protection in the EU should be considered such as licensing or copyright protection (if it is available).

Equally, in the reverse, only databases created by UK individuals or businesses on or after 1 January 2021 are eligible to obtain UK database rights.

For those databases which were in existence pre-1 January 2021, irrespective of whether they are held by UK or EU individual or businesses, these databases will continue to exist in the UK and EU for the rest of their duration. Practically speaking therefore, anyone in the UK who wishes to use databases protected by these continued database rights will continue to need the permission of the right holder(s) as before.

Furthermore, copyright protection for UK and EEA databases remains unchanged as it continues to be governed by international treaties. The protection afforded by such treaties is totally separate to membership to the EU.

On balance, the impact of Brexit on IP rights was not as shocking as some may have feared in the years leading up to it, though businesses and individuals concerned with IP rights in the EU should be aware of the immediate and continuing impacts of Brexit on IP law as it evolves. This is particularly important for those businesses which work in both the EU and UK territories, or in both the Republic of Ireland and Northern Ireland. We are yet to see how this plays out. In Part II, we will explore the impact of Brexit on CJEU decisions, parallel imports, trade secrets and confidential information and domain names.

Trowers & Hamlins continues to monitor the situation as it develops and we would be happy to assist in the navigation of this developing legal landscape.