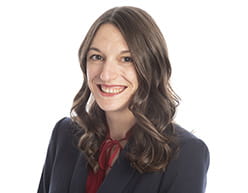 Our last article reviewed a number of high profile public law judgments including Urgenda and the recent decision from the German constitutional court in Neubauer and others v Germany, which found that the Netherlands and Germany had failed to set sufficient provisions for greenhouse gas emissions reductions.

Both judgments have political ramifications because they require the governments of the Netherlands and Germany to rewrite their respective climate policies.

Although Urgenda and Neubauer are public law cases, the decisions are still relevant to companies who are making commitments to reduce greenhouse gas emissions and to identify and address climate change risks. These commitments and plans are likely to be implemented against a backdrop of increasing climate litigation and challenges to government policy, as well as increasing civil and commercial expectations (which will be the focus of a later article in this series). We have also seen similar arguments being applied by activists against public companies, with tortious claims and claims of breach of statutory duties. This article considers two recent cases, one of which has recently been determined, in which the court has found in favour of the activists.

In May 2021, in Milieudefensie and others v Royal Dutch Shell plc (the Shell Case), the Dutch Hague District Court ordered Shell to amend its corporate policy so as to achieve a reduction in carbon dioxide emissions of 45% by 2030 from 2019 levels for the Shell group and the group's suppliers and customers. This was a class action led by seven environmental groups on behalf of over 17,000 Dutch citizens. The claimants argued that Shell had breached its duty of care under the Dutch Civil Code, and breached Article 2 (right to life) and Article 8 (rights to private and family life and home) of the European Convention on Human Rights by continuing to invest billions of dollars each year in the expansion of its oil and gas exploration and production.

The Shell Case is the first time that a court has ordered a company to align its corporate policy (and thereby its corporate business strategy and operations) with the carbon dioxide emissions reduction targets under the Paris Agreement. This came despite Shell adopting one of the oil and gas sector's most ambitious climate strategies in February 2021, with a long term target to cut the carbon intensity of its products by 100% by 2050 from 2016 levels, together with interim targets to cut by 20% by 2030 and by 45% by 2035. The court concluded that Shell's climate policy was insufficient, too conditional and not concrete.

The Shell Case builds on the Urgenda judgment (which was discussed here - link to previous article). In that case, the Dutch government was held to have breached Article 2 and Article 8 of the European Convention on Human Rights and ordered to meet higher emission reduction targets. In the Shell Case, the human rights provisions were applied in relation to the Dutch Civil Code of obligations and the standard of care provision. The Dutch court was able to use its discretion in relation to interpretation of that standard of care for find a breach of duty existed. The court applied the UN guiding principles in making its judgment, requiring Shell to reshape and restructure their climate transition plan.

The Shell Case extends the duty of care and the requirement to cut carbon dioxide emissions from the government to private companies, particularly in the oil and gas sector, whose activities contribute significantly to climate change. The Shell Case, despite focussing on the 'standard of care', is not a traditional tort law case and the order granted is not a standard tort law remedy. Nevertheless, it demonstrates the potential for the courts to use their broad latitude and reach to impose significant obligations on companies in response to the stated climate emergency (particularly in the energy sector).

Unsurprisingly, Shell has indicated that it will seek to appeal the judgment.

In France, a similar case has been brought under a statutory regime. In Friends of the Earth v Total, a coalition of NGOs and local governments  brought a claim against Total, stating that Total had breached France's new Duty of Vigilance Law (2017). This requires large national/multinational companies to identify and prevent risks to the environment and to human health that could arise from their business practices. This claim was brought against Total for failing to assess the risks an oil project in Uganda and Tanzania poses to human rights and the environment, including the potential Scope 3 emissions from the burning of oil and that Total has not aligned itself with the Paris Agreement objectives. In January 2020, the High Court ruled it was not competent to hear the case which must be brought before a commercial court. It will be interesting to see whether a similar judgment is made requiring correction or improvement of Total's  emissions reduction strategy.

The verdict in the Shell Case could have a significant impact on many large companies. The judgment is the first time that an obligation to reduce emissions has been imposed on a private party by a court. In making its determination, the court interpreted the standard of care under the Dutch Civil Code to require Shell to, in effect, adjust its commercial operations in order to comply with global climate policy.

It will be interesting to see whether this leads to similar cases being brought here in the UK against companies in the Oil & Gas sector in particular. As discussed in our previous article on the North Sea Transition Deal (link), the Government's blueprint for decarbonisation of North Sea production via greater cooperation between the Government and industry players did not go as far as ending future licensing rounds, but  introduces a new checkpoint system. Although there is a clear push towards decarbonisation, the Government is not legislating to bring oil and gas exploration and development to an end any time soon. The balance between economic and environmental drivers remains as difficult as ever.

Trowers comments: Business with a purpose

Webinar: Trowers Tuesday - What does the S and G in ESG really mean?

Prioritising the 'S' in ESG: Investing in social value