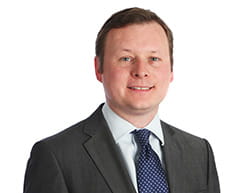 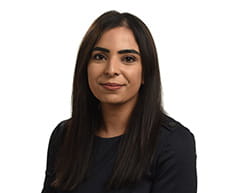 Anyone with experience of the private rented sector will be familiar with the phrase "No DSS", even though the DSS (Department for Social Security) itself is long gone. Two recent court rulings should mean the phrase goes the same way as its namesake.

In July, York County Court gave its judgment in a case regarding whether a blanket policy not to let to prospective tenants on the basis that they are claiming benefits is unlawful. According to the homelessness charity Shelter, this was the first time the courts have considered a case of this nature in the UK.

Many low-income tenants claim Universal Credit (UC) or its predecessor Housing Benefit, which UC is gradually replacing (together with several other benefits). These cover some or all of the tenant's rent.

The first case concerned a 44 year old single mother of two (the Claimant), who was in part time work and had references, but was also receiving housing benefit due to a disability.  However, her application to rent a property was rejected by a letting agent because it had a blanket policy not to accept tenants receiving housing benefit at all. The Claimant thought this was discriminatory and sued.

The District Judge held that rejecting a tenancy application simply on the grounds that a prospective tenant is receiving benefits is indirectly discriminatory and therefore unlawful.  The Claimant had two characteristics protected by the Equality Act: her sex and her disability.  The blanket "No DSS" policy was discriminatory because Shelter's research showed substantially more women (18.8% of private renters) claimed benefits than men (12.4%). It was a similar picture when comparing disabled and non-disabled tenants. If this could be shown to be a proportionate means of obtaining a legitimate aim, it could be lawful; this was not the case here.

Then, in September, a second case in Birmingham County Court followed the same reasoning as regards a disabled father. Having first suffered the indignity of being evicted for having asked for adaptations to be made to his home, a letting agent he approached said it was company policy not to house those receiving benefits, regardless of the strength of their payment history. The Birmingham court followed the same reasoning as its Yorkshire counterpart, with the same result.

While the cases establish that policies such as "no DSS" or "no benefits"' are unlawful, landlords should be wary they are not inadvertently discriminating in other ways. For example, properties are often advertised as being suitable for "young professionals". Could this be seen as "No DSS" by the back door? Landlords will need to be sure they are not discriminating against anyone with a protected characteristic, or they could face a challenge.

It is worth noting that although these are county court judgments, and not binding on other courts, the court's reasoning in each case is clear, and the willingness of the second court to follow the first clearly sets the tone. Each tenant should be treated as an individual, and it will be a foolhardy landlord who continues to discriminate.