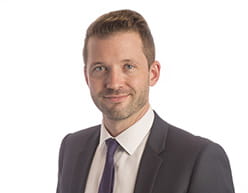 These amendments illustrate a shift from UAE based Sharia law towards a more secular system. Details of the amendments have not yet been released, but have been widely reported in the press. Changes include the decriminalisation of suicide, cohabitation of unmarried couples and reforms to the inheritance and divorce laws. Most relevant to our clients will be the changes to inheritance and divorce laws. The reported changes will be welcomed by the vast majority of expatriates and should increase the appeal of the UAE as a destination to live, work and invest.

Unsurprisingly, a number of our clients have already contacted us seeking guidance on what the changes might mean for them. Until we have further details, it is not possible to advise accurately on specific cases. Nevertheless, for individuals or families dealing with inheritance issues for example, we would recommend that they consider delaying any formal court applications until the updated laws are clearer. We set out a summary of the main reported changes below.

Inheritance laws have been reformed so that the principal determining factors will be the deceased's nationality and whether or not they left a Will.  According to the reports, the law of nationality will apply irrespective of the deceased's religion but subject to the terms of any valid Will.

Where there is no Will, distribution of UAE real estate will continue to be dealt with under UAE law.

The following needs to be clarified:

If it is correct that Muslim expatriates can also benefit from these rules, it will be interesting to see if the DIFC Wills Service Centre extends its offering to Muslims and what role the DIFC and Abu Dhabi Wills Office for Non-Muslims will play going forwards. Depending on the detail of the rules and clarification of the enforcement process post-death, our hope is that the preparation of Wills becomes a more cost effective and accessible option for all expatriates.

Following the modifications where a couple, Muslim or not, wish to divorce in the UAE the laws of the country of marriage will apply. Jurisdiction issues often have a significant impact on the distribution of assets on divorce. Although this change may reduce potential conflict over which jurisdiction should apply on divorce, specialist advice should be sought where there is a cross border element.

Alcohol consumption is decriminalised provided it is consumed in private or licensed establishments and the person is over the age of 21.

Cohabitation of unmarried couples will be permitted under the new laws.

Following the reforms, so-called 'honour crimes' will now be treated like any other assault or murder and perpetrators will no longer be given more lenient treatment under the law.

The decrees also introduce tougher punishments on men who harass women, including stalking and street harassment.

Suicide and attempted suicide will no longer be criminal offences. However, those found to be assisting a person's suicide will still face prosecution and a potential prison sentence.

The reforms also include additional protections for 'Good Samaritans', i.e. those who step in to give first aid or CPR to someone in need. Previously, where a person stepped in to give aid but ended up hurting them further, the individual could be found liable for the outcome of the person they were helping. This is no longer the case.

Local courts must now provide translators for defendants and witnesses in proceedings who do not speak Arabic.

How we can help

Our Private Wealth team advises on all aspects of UAE and international succession planning and would be happy to discuss your estate planning options with you.

Structuring a Business: Your Essential Considerations