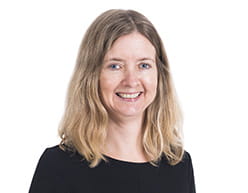 It is established by Wilson v Best Travel Ltd [1993] All ER 353 and Lougheed v On the Beach Ltd [2014] EWCA Civ 1538 that the appropriate "standard' in a package travel claim is the local standard, i.e. the standard applicable in the country where the accident occurred, and it is for the Claimant to prove the existence of the local standard and breach thereof.

The Court of Appeal has now given its decision in the matter of TUI UK Ltd v Morgan which has interesting implications in relation to proving the applicable local standard.

The claimant and her husband purchased a package holiday from the defendant, TUI UK Ltd, to Mauritius. While on holiday in July 2015 the claimant sustained injury when she was walking to her hotel room on a path alongside an unlit sun terrace at night time, and in the darkness she tripped on a sunbed.

The claimant brought a claim against the Defendant under the Package Travel Regulations 1992.

The Judge at first instance accepted the claimant's expert evidence, and concluded that the ISO standard was the standard to be used and accordingly found that the standard of such lighting on the unlit sun terrace fell below the ISO standard.  The Judge at First Instance found in favour of the claimant who was awarded damages subject to a deduction of 20% contributory negligence.

Dismissing the appeal, it was found that the Judge at first instance had not misunderstood the ISO standard and had been perfectly aware of its nature, ambit and applicability.

Distinguishing the central case on local standards, Wilson v Best Travel Ltd [1993] 1 All ER 353, the Appeal Judge found that the Judge at first instance had been right to infer that but for the ISO minimum standard being met at the scene of the accident, the claimant would have been able to see where she was going.

The appeal decision in TUI UK Ltd v Morgan will be welcomed amongst claimants, particularly in cases where it is difficult to obtain evidence of local standards, or when dealing with claims in jurisdictions where the existence of standards is limited.  Claimants may well seek to argue that a similar approach would be appropriate in such cases.