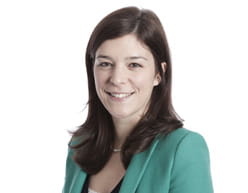 We are pleased to share this week's property litigation snapshot covering the Court's approach to the Corporate Insolvency and Governance Bill before it becomes law, further updates to the stay in residential possession proceedings and yet another case considering whether sub-lettings via Airbnb could breach a tenant's lease covenants.

We previously reported on the draft Corporate Insolvency and Governance Bill which is working its way through Parliament and has not yet become law. Despite this, on 2 June, an injunction was granted by the High Court to restrain the presentation of a winding up petition, based on provisions in the draft Bill.

In the case of Re A Company (Injunction to Restrain Presentation of Petition), an unnamed high street retailer sought to urgently restrain the presentation of a winding up petition by its landlord.

The tenant had been required to close its premises in accordance with the Government's directions as a result of the pandemic. It failed to pay rent and service charge leading, in mid April, to the landlord serving a statutory demand. The arrears remained unpaid and the landlord filed a winding up petition on the basis the tenant was unable to pay its debts.

The tenant sought to restrain the petition on various grounds, focusing on the provisions in the draft Bill which temporarily restrict the presentation of winding up petitions.

The judge held that the hearing of the petition would likely take place after the Bill came into force and, once it was enacted, the provisions relating to the application were to be regarded as coming into force retrospectively on 27 April 2020. Therefore, the Court would have to decide whether coronavirus had a financial effect on the tenant prior to the presentation of the petition and, if so, whether the facts upon which the petition is based would still have arisen even if coronavirus had not had a financial effect on the tenant.

The judge had a high degree of confidence that the provisions of the Bill would be enacted more or less in their current form and that he was, as a matter of law, able to take account of the likelihood that the Bill would invoke a change in the law relevant to the decision in this case. On the evidence, he held that there was a strong case that coronavirus had had a financial effect on the company, and the facts upon which the petition would be based would not otherwise have arisen. An injunction was, accordingly, granted to restrain the landlord's winding up petition from proceeding against the tenant.

The case demonstrates that the measures to be introduced by the Bill are already being applied by the Courts, even before they become law. See our article with more detail here.

Extension of the stay in residential possession proceedings

As per the previous measures, the stay does not apply to:

It is important to note that CPR 55.29(1) does not prevent a party from bringing a claim for possession on or before 22 August 2020, despite the fact that, once issued, it will be caught by the stay.

The latest measures have also provided further clarification that for any proceedings that are stayed, time does not run and no notice will be given by the Court. It is therefore important for a party that has a possession hearing scheduled on or before 22 August 2020, to enquire with the Court whether their hearing has been adjourned rather than waiting to be notified, as such notification may not be provided.

The widespread increase of short term lettings being arranged through platforms such as Airbnb has posed challenges to landlords of residential buildings, resulting in a stream of cases on whether these type of lettings amount to a breach of lease covenants. Here we report on the latest of those cases which concerned an appeal to the Upper Tribunal.

The case involved the landlord of a flat, let on a long residential lease, who appealed a First-tier Tribunal decision that its lessees were not in breach of covenant. The lessees had been renting the flat out on Airbnb and other similar short term holiday accommodation websites.

The lease of the flat (which the lessees originally occupied as their home) contained two key covenants; the first preventing its use as anything other than a private dwelling for occupation by one family at any one time and the second preventing any trade or business being carried on "upon the property". At first instance, the First-tier Tribunal found there was no breach of either covenant.

In reaching this decision, the Upper Tribunal noted that whether the flat was being occupied as a private dwelling was a question of fact and turned on the degree of permanence of the occupancy. A succession of paying guests could not be occupying the flat as a private dwelling for occupation by one family at any one time and so the lessees were in breach of covenant.

Although welcome clarification, each case will turn on its facts and the wording of the particular lease terms will be key. If you would like any assistance or have any queries on this topic please do not hesitate to contact the team.