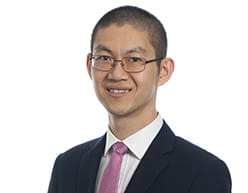 The Law Commission have now published their report on options to reduce the price payable in lease extension and enfranchisement claims.

The report recommends retaining the essential elements of the current valuation methodology, being the compensation to the landlord for loss of ground rent and reversion, but presents options for the more contentious elements. The recommendation to simplify, avoid disputes and reduce the cost to leaseholders is to prescribe rates and remove or reduce the effect of marriage value (the additional value of owning both the leasehold and freehold). Given the objective of making enfranchisement rights cheaper for leaseholders, the report is highly likely to lead to a devaluation of freehold assets and ground rents.

From the outset, the Law Commission have acknowledged the balance of interests between the leaseholder and landlord, which by its essence creates contention. Making enfranchisement cheaper has always meant landlords would lose out, the question being by how much and is there justification. Landlords are often considered a group of faceless corporations with little interest in leaseholders, but in reality they are individuals, pension funds, charities, developers and investors who stand to lose value in long standing assets as a result of reform. On the other side leaseholders are made up of home owners, some stuck with high ground rents and onerous terms as well as investors and tenancy landlords.

The report proposals recognise the landlord's right to sufficient compensation under the European Convention on Human Rights in the exercise of enfranchisement rights. The key to avoiding any challenge on the part of the landlord is to justify an interference with a Convention right through the general interest of the community. To this end the Commission have pre-emptively met the issue head on, setting out and publishing the opinion of specialist human rights barrister Catherine Callaghan QC. By doing this the Commission have clearly set out their constraints in valuation reform, seeking to placate leaseholders striving for a simple multiplier of ground rent or percentage of capital value valuation, neither of which would be considered as compatible with the Convention right.

The recommendations set out three schemes for the basis of calculation:-

Whilst the schemes provide the elements of the valuation, in addition the Commission have set out sub-options which reduce the premium, cause for dispute and simply the method of calculation:-

These sub options provide valid tweaks to the main schemes, addressing the unfairness that has developed in the enfranchisement sector whilst recognising the interest of the landlord.

The Commission have provided further sub options and recommendations which are to be considered with the other reforms. The report considers that the 80 year cut off for marriage / hope value being applicable at 80 years, discount for leaseholders improvements and leaseholders rights to 'hold over' in the property should remain. These elements could be removed, subject to the scheme use. In addition the report considers a benefit for owner occupiers in a reduced premium, although caution its use due to differentiating between leaseholders.

Ultimately the Commission considers that the reforms can be utilised in the form of an online calculator (if prescribed rates are used), signalling an end to valuation negotiations and the potential elimination of a surveyor's area of specialisation.

In conclusion, the report provides sensible options for reform of valuation. At one end the methodology could remain largely as it is (perhaps with only slightly lower premiums). But at the other end, there could be significant reductions in premiums and a flurry of enfranchisement and lease extension claims, potentially leading to an immediate devaluation of freehold assets and ground rents. The Commission may have hoped to quell any Convention rights challenge through the publication of the Counsel's opinion but any challenge may still rest in the actual reform enacted. The Commission have not provided a recommendation for a particular scheme, it will be up to the government to decide and whether to consult further or draft legislation. It remains to be seen to what extent the government decides to reform the system, however landlords should brace themselves for the upcoming legislation.