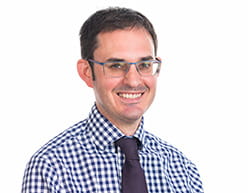 A recent case in the Court of Protection (COP) again highlighted the importance of observing legislation in respect of the ability of attorneys to make gifts and indeed support others they may be expected to make provision for.

In that context it is worth reminding attorneys what their legal responsibilities and duties are.

Under an LPA, an attorney can make a gift on customary occasions.  Such occasions could include births, marriages, Christmas, Eid, etc. and of course the anniversary of any birth or marriage.

The ability to make gifts under an EPA is slightly more restricted in that they can only make gifts on seasonal occasions on the anniversary of a birth or marriage.

In addition, such gift must be for somebody related or connected to the person who made the Power of Attorney (the donor) or to a charity that the donor supported or might have supported.

The Office of the Public Guardian (OPG) who oversees the administration of LPAs and EPAs cannot give precise figures or guidance as to what is reasonable.  Instead, attorneys are expected to consider the impact of the gift on the donor's financial situation, looking at the current and future income, assets, capital, savings and future needs.

This is a "best interests" decision and it is not the same as asking what the person would do if they had capacity.  Instead, the attorney must consider:

Therefore, section 12 cannot be used to make gifts over and above what the donor would have made when they had capacity.  Indeed, if the donor was not in the habit of making gifts prior to losing capacity then arguably the attorney will have not authority to begin making gifts simply because the individual has lost capacity.

Can the LPA be amended to circumvent the rules?

LPAs allow donors to express preferences and instructions. Donors should feel to express in the preferences section circumstances in which they may wish for gifts to be made or support given. Equally they may also instruct their attorneys not to make gifts. What a donor is nor permitted to do is instruct their attorneys to make gifts over and above what section 12 allows. Any attempt to do so will fail upon registration as the COP will strike out the offending section or refuse to allow the LPA to be registered at all.

In the case of MJ and JM v The Public Guardian [2013] EWCOP 2966, the COP recognised that it would be disproportionate to insist on a Court application being made for every action outside of the gifts referred to previously.

Therefore, the Court in the judgment confirmed that an attorney may use the annual Inheritance Tax (IHT) exemption of £3,000 and can also make further gifts of £250 for up to ten people provided that:

The scope therefore for making IHT gifts is relatively limited.

In the recent case known as Various Lasting Powers of Attorney, Re [2019] EWCOP 40, the COP was asked to consider circumstances where 11 LPAs all included instructions which appeared to exceed the statutory authority as set out in section 12(2) Mental Capacity Act 2005.  Most were in relation to providing financial support to adults.

In general terms, the COP has the power to sever an offending provision in an LPA or indeed not allow registration of the document at all if they think it conflicts with the legislation.

As part of the judgment, the Judge set out some rules in the form of a decision tree setting out the thinking process to be followed by someone acting as an attorney and, in particular, when they can use the donor's funds to benefit someone else.

The Judge was at pains to point out that this decision tree should not be used to try to justify gifts outside of section 12(2), nor should this judgment be used in relation to the donor providing provision for people they have a legal duty to in any event.

It is early days, but it appears that the judgment could be helpful and that it could be used to justify ongoing dispositions, particularly in circumstances where the donor had made such dispositions prior to losing capacity.  One example could be to justify the ongoing payment of premiums on whole of life policies written in trust.

The key would be to actively go through the decision making process, apply the test and record the outcome every time.

As this judgment cannot be used to carry out IHT planning on behalf of the donor, it is of limited effect.

Actions not authorised by the Powers of Attorney

We have seen the circumstances in which gifts and dispositions can be made, but the COP has been very clear about what actions cannot be carried out by the attorney without the permission of the COP, and these would include the following transactions:

If an attorney seeks to carry out transactions which are not authorised by the Power of Attorney, then the OPG (who have the general power to administer LPAs) could make a referral to the COP, which could in turn mean that gifts have to be repaid or attorneys could be removed or subject to additional conditions in respect of their actions.

The Revenue's position regarding unauthorised gifts

The IHT form specifically asks whether anyone acted under an LPA by the deceased during their lifetime and the IHT form also records gifts and transactions made in the seven years prior to the deceased's death.

There is a precedent in a Scottish case (McDowall and others (executors of McDowall, deceased) v Commissioners of Inland Revenue and related appeal [2004] STC (SCD) 22).  Here there was a series of gifts out of excess income made by an attorney to family members.  On the death of the donor, the Revenue sought to argue that the gifts made by the donor did not constitute regular gifts out of income and should not be allowed.

The decision of the Court was that the gifts would have overcome the threshold of being considered to be gifts out of excess income, but as the attorney did not have the authority from the Court to make such gifts they should be treated as voidable and therefore still part of the deceased's estate at the date of death.  Effectively those gifts failed and were brought back into the estate for IHT purposes.

Therefore, it is crucial that in respect of gifts which fall outside of the statutory rules, permission from the COP is sought.

This is particularly important as if the gift fails for IHT purposes it will also come back into the estate to be distributed in the Will.

Obtaining authority from the COP

In respect of all transactions which attorneys do not have the power to make, attorneys are able to apply to the COP for authority to enter into the arrangements.

The precise information that the COP requests varies depending upon the application that is being made. Broadly speaking they would expect to see the following:

The COP itself is likely to appoint the Official Solicitor to act on behalf of the donor to ensure that they are independently represented.  The process can be very slow and involved and the general advice is that if any transaction is contemplated, to apply to the Court early in order to set the wheels in motion.

Rather than apply to the COP, in some circumstances attorneys may consider entering into investments, which after a period of two years would provide qualification for relief under the BPR rules to ensure that the investments made do not fall subject to IHT in the event of the donor's death.

It is worth noting that a Judge in a case that went before the COP commented that:

It is important to ensure that each scenario is looked at in the same merits and, in particular, that the attorneys impartially apply the "best interests" rules and if in doubt should make an application to the COP to ensure that any investment is properly sanctioned.

Planning while people still have capacity

The importance in much of this is record-keeping, determining the attitudes to risk, IHT planning in general and also attitudes towards gifting too.

It will be easier to obtain orders from the Court if the attorney is able to demonstrate that IHT planning was something that was actively contemplated by the donor while they still had capacity.

In addition, individuals should also give some thought as to whether they can structure their Wills in such a way that in the event of their death their loved ones are cared for, but the Wills themselves have structures in place that enables assets to be passed on to the next generation without attorneys or the Courts themselves having to be involved.

This is a complex area of law and we would welcome enquiries from attorneys and their advisers in relation to the application of the rules to ensure that any IHT planning is effective.

For more information contact any member of the Private Wealth team.