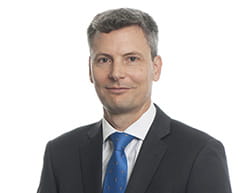 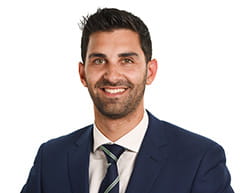 Welcome to our October edition of Owner Managed Business update.

In a company listed on a market such as AIM the shareholders are usually many, unknown to each other and primarily focused on making a return on their investment.  The fact that the shares are traded on a public market ultimately allows a dissatisfied investor a means of exit through the disposal of their shares. In private companies however, particularly small and medium sized companies, the position can be very different. The company's shares are often owned by family, friends and business associates as well as external investors. There can be a blurring of lines as shareholders are also directors or employees and it can be difficult to separate the personal from the professional as issues in one area of life can spill over into another.

Shareholder disputes can be distracting for management as well as distressing for the shareholders involved. In this article we share our experience of the common causes of such disputes along with our thoughts as to how they can be avoided, or at least addressed as painlessly as possible.

The issues can vary from business to business but the most common issues that we see underlying disputes between shareholders are:

The best means of resolving a dispute is to avoid it arising in the first place and we comment on that further below. However, if a dispute has arisen, try dialogue first to reach an agreed solution. If matters end in proceedings these will typically be one or more of the following:

a) a claim in contract for breach of a shareholders' agreement (remedy is most likely to be damages but if there is an express mechanism in the agreement to deal with default could involve the compulsory disposal of defaulting shareholder's shares); or

b) a claim that the affairs of the company are being managed in a way which is unfairly prejudicial to the shareholders generally, or some part of them (s994 Companies Act 2006) (the most likely remedy being that the complaining shareholder is bought out); and/or

The actions outlined at b) and c) can be complicated and uncertain in outcome (for all parties involved) but may be the only avenue open to an aggrieved shareholder.

It creates much greater certainty and reduces the scope for dispute later if the shareholders are clear as to their rights and obligations from the outset.

a) allow transfers to family members / associated companies without needing consent (this can assist with inheritance and tax planning);

b) requiring a re-transfer if a transferee ceases to be within the definition of family or associate, e.g. following a divorce;

c) for other transfers give all other shareholders a pre-emptive right to buy the shares; and

d) consider compulsory transfer provisions if a shareholder is in default.

Consider whether all shareholders should be treated equally and if not expressly address that. Those who are actively engaged in the business may feel that they should have an enhanced right to dividend as well as their salary. However a passive investor may consider that they could have invested their funds elsewhere, at lower risk, and therefore that they should enjoy enhanced rights to dividends or return of capital. Either approach could be managed by creating different classes of shares with differing rights.

A significant number of shareholder disputes that we see involve minority shareholders who feel disenfranchised by the acts of the directors or majority shareholders. Including a reserved matters list, i.e. a list of decisions by the company that require a higher than usual percentage vote, can be helpful for all involved. From the board's perspective they will be aware that certain matters will require wider consensus and for minority shareholders they have the comfort of knowing that their vote can count on bigger issues. Examples of typical reserved matters may be the introduction of a new shareholder; the disposal of a material part of the company's business or assets or incurring significant borrowings.

In summary many disputes could be avoided if all parties understand their roles and if expectations amongst shareholders are aligned.  In some respects that is particularly important for owner managers who need to understand the parameters around what they can and cannot do without seeking shareholder consent.

If you are thinking about putting a shareholders' agreement in place, or you believe that your rights as a shareholder are being ignored, please contact one of our owner managed business team for an informal chat.