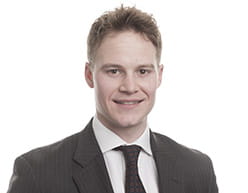 Three of the UK's leading drainage product manufacturers - Stanton Bonna, CPM Group and FP McCann - have been provisionally found to have broken competition law by operating a cartel. This gives buyers and end users of their products the possibility of claiming financial compensation for inflated prices caused by the cartel.

In December 2018, the Competition and Markets Authority provisionally found that the drainage product manufacturers broke competition law by coordinating prices for customers and sharing the market. Two of the businesses – Derbyshire-based Stanton Bonna Concrete Ltd and Somerset-based CPM Group Ltd – have admitted breaking competition law by taking part in a cartel, which started in 2006 and continued for almost 7 years. A third company, FP McCann Ltd, headquartered in Northern Ireland, is also under investigation and has not made any admissions.

The CMA has provisionally found that the companies held regular secret meetings to set up and operate an illegal cartel. Its aim was to fix or coordinate prices and share out the market for certain pre-cast concrete drainage products in Great Britain, with the intention of increasing prices and reducing competition.

Throughout the period of the alleged cartel activity, the companies were leading players, accounting for over half of the market. From 2010 onwards, they held over 90% of this market. These products are used in large infrastructure projects across Great Britain, including water management, roads and railways. Typical customers include engineering and construction companies; utilities providers; and local and national government.

If any users of their products purchased significant quantities of their products from 2010, it will be worth investigating "follow on" damages claims against the three producers. These are civil claims to obtain compensation for the loss suffered as a result of the cartel, i.e. the higher prices paid.

Whilst quantifying these types of claims can involve substantial work, the findings by the CMA and admissions made so far provide buyers and users with a good strong starting point to obtain substantial compensation.