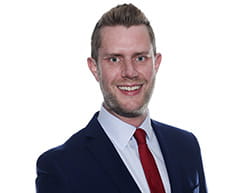 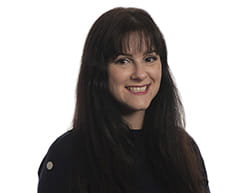 Trustees of defined benefit pension schemes are under more pressure than ever to ensure that sponsoring employers, including housing associations, put in place adequate funding arrangements to meet their pension obligations. For the most part, the starting point for trustees will be that "cash is king" in paying off a pension scheme's deficit.

However, in an uncertain economic climate, employer housing associations want a degree of flexibility and do not necessarily have the available cash to pay towards the deficit. They will therefore need to look at alternative solutions in the way of contingent assets, which are not immediately available to the trustees but will become so if one or more specified event occurs.

One of the most common forms of contingent asset for a sponsoring employer is a guarantee from a parent or group company. That said, trustees and employers are increasingly looking at alternatives which involve the employer granting the trustee to the pension scheme a legal charge over property owned by the employer. If a specified trigger event occurs, the trustees can then exercise their rights and enforce their security over the charged property.

Housing associations quite often own potentially valuable commercial units which are either unencumbered, or are charged to a security trustee or lender at nil value where the unit forms part of a larger title containing housing. It is typical that a loan facility to a housing association only places value upon and requires security over housing stock.

Frequently, the commercial units are located at the ground floor of buildings containing flats. In such circumstances, it is difficult to grant a charge over that unit without taking additional steps to "carve it out" of the remainder of the property to create a distinct unit.

One way of doing so would be to create a long leasehold interest which can then subsequently be charged to the pension fund or "sold" to an independent third party and the cash used to meet the housing association's pension obligations. Where the building is already charged, the consent of the security trustee or lender will be required. Given that the commercial unit owned by the housing association is usually included in a charge at nil value, such consent should not be withheld.

From a governance perspective, this type of transaction would need to be intra vires so that any disposals, including the granting of a leasehold interest or disposal to a third party, would need to be for market value. Tax implications (including SDLT, VAT, and corporation tax) would also require consideration.

Another solution would be to charge the offices occupied by the housing association to the pension fund. If these are standalone units, this should be relatively straightforward. However, given that the pension fund will not usually have a standard form of report on title, as used in traditional funding transactions, they will normally require a City of London Long Form Certificate of Title to be given by the housing association's lawyer. These certificates are reasonably involved and require a fair amount of property due diligence, which will, of course, have cost implications.

As a result of the charge over the property, employers can often expect certain benefits in terms of the funding approach which the trustees are able to agree. The provision of a charge over property can lead trustees to conclude that it is appropriate for them to agree a longer recovery plan or a back end loaded recovery plan if they have a contingent asset they can rely upon if the employer housing association is unable to make the contributions it owes to the scheme.

There is another benefit to providing a contingent asset in the form of a charge over property in that it can reduce the levy which the scheme must pay to the pension protector fund (PPF). The PPF pays compensation to members of eligible defined benefit schemes where the employer becomes insolvent, and the scheme is unable to pay its protected liabilities. The PPF is funded by levies paid by eligible schemes, one of which is calculated by reference to how much the scheme is underfunded by and the probability that the scheme may enter the PPF in the next year (i.e. its insolvency risk). In order to reduce this portion of levy, schemes can secure a reduction if they have in place certain contingent assets which may include a charge over its commercial property.

The employer housing association will have to assess whether their current borrowing arrangements present any restrictions on their giving any further security in relation to properties they own, or any charge which ranks in preference to or on the same footing with security given to the lender. Some trustee boards will insist on taking a first charge, but others may settle for a second charge if that is all that is possible.

The trustees are not guaranteed to accept a charge over property if they believe there are other more liquid ways of addressing the pension scheme's liabilities. A charge over a property does not give trustees immediate access to the asset and the trustees may encounter practical issues when they try to enforce security. But this is certainly an avenue which should be explored by the employer housing association. A starting point may be preliminary property due diligence on those commercial units to ascertain whether there are any restrictions on disposals, including creating leasehold interests and charging, and also commissioning a valuation.