Applications for financial provisions - how late is too late? 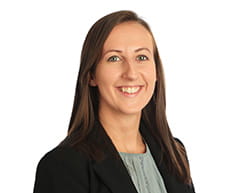 The Inheritance (Provision for Family and Dependants) Act 1975 (the Act) Allows parties to make an application to the Court for financial provision to be made to them whilst the estate of the deceased is being administered (section 2). The applicants for financial provision are those that for many different reasons have not received any financial provision under the terms of the will or as a result of intestacy. Recent cases in respect of these types of applications have been conflicting and the waters have been muddied in this respect more so now than ever before.

Any application that is made under the Act should be made within 6 months of the date of the grant of probate (section 4). If an application is to be made out of this 6 month period then the applicant must have the permission of the Court to make the application.

Mary Cowan, the Claimant, was the widow of Michael Cowan. The Claimant began a relationship with Mr Cowan in 1991 and they openly started living together in 1994 following the separation of Mr Cowan from his previous wife. The Claimant and Mr Cowan lived between California and London. In February 2016 Mr Cowan was diagnosed with a terminal brain tumour. Following the diagnosis Mr Cowan married the Claimant on 8 February 2016 and made a final will with a letter of wishes on 24 March 2016. Mr Cowan passed away on 9 April 2016.

The main purpose of the will left by Mr Cowan was to provide for the Claimant's needs for the rest of her lifetime and he attempted to do this by making the Claimant the principal beneficiary of two separate trusts. The first of the two trusts that were set up by Mr Cowan was a business property trust and all of his business interests were put into this trust and the trust qualified for 100% IHT business property relief. The beneficiaries of this trust included the Claimant, other family members and a charitable foundation. There was the option for the trustees to add other charities and individuals as trustees.

The second of the trusts contained the remainder of Mr Cowan's property and the trustees were the same as the business property trust, however, this trust was subject to a life interest in favour of the Claimant, which was revocable. This trust also had a power to advance to the Claimant capital from the residuary trust, which was to be income for the Claimant. With the second trust being created in this way, with the Claimant having a life interest meant that spousal exemption could be applied and IHT was also avoidable in respect of the second trust.

Mr Cowan clearly set out in his letter of wishes that the Claimant was to be the principal beneficiary of both of the trusts and he explicitly stated that the Claimant "will therefore be entitled to income and occupation of any properties during her lifetime from the Residuary Fund." The letter of wishes also set out that should there be any additional provisions made by the estate for any legal fees or additional taxes that may have to be paid in the US on the basis of the Claimant having to be domiciled in the UK.

The Claimant commenced her action against the estate on 1 May 2018 when she sent a letter of claim to the Defendants, which included the other trustees and executors of the estate. However, she did not issue her claim until 8 November 2018. The deadline for the Claimant to have issued the claim under the Inheritance Act 1975 would have been 16 June 2017. The Claimant claimed that the first time she had been made aware of the possibility of making a claim under the 1975 Act was on 7 December 2017. However there was no reasonable explanation provided by the Claimant as to the claim was not issued until almost a year after they became aware of the possibility of this type of claim being made.

When the claim was eventually made the Court decided that the delay that had occurred was too long and was more than twice the amount of time that is allowed for the claim to be made in the first instance. The Court decided that the Claimant had not shown good reasons for the delay and nor had she shown that she had reasonable prospects of succeeding with her application should the Court let her pursue her application. Permission to appeal was also refused by the Court. The Court summarised by stating "the Claimant has virtually non-existent prospects of success were her claim to be allowed to go to trial and that she has shown no good reasons for her delay."

Bhusate v Patel and others

In this claim the husband of Mrs Bhusate died intestate in 1990 and she was unable to make any progress with the administration of the estate as the children of Mr Bhusate from his first marriage refused to engage with Mrs Bhusate or to reach any agreement with her. They obstructed the sale of her property for and created an impossible situation with fractious relations between them over a period of 23 years.

The Claimant instructed solicitors in 2017. They sent a letter of claim to the Defendants on 11 July 2017, which was followed by a response on 11 September 2017. The parties agreed to mediate and this took place on 26 October 2017. The mediation was unsuccessful and the claim was issued on 29 November 2017 and upon hearing all the evidence the court decided that in the absence of the application not being granted Mrs Bhusate would have no possible remedy to the claim, nor would she have had received any benefit from her husband's estate and she would be potentially homeless as the property remained in the name of Mr Bhusate. In addition to the factors that made this claim difficult, the Claimant did not speak, read or write English when her husband died and he had dealt with all of the matters dealing with the property and general day to day issues that required them to communicate with people outside of the family. The claim was 25 years and 9 months after the deadline by which the claim should have been made. There are no case reports of any claim being allowed to be pursued this far out of time.

In the case of Cowan, the Court decided the outcome of the application on the basis that the Court has the power to extend a date for the claim to be made is in accordance with the overriding objective and the CPR. However, in Bhusate, the Court stated that when considering the approach taken in Cowan the suggestion that the overriding objective is a consideration would be as follows: "To do so, I suggest, involves conflating issues that, if they are related, are at best distant cousins,".

These opposing approaches for claims that were both excessively out of time in respect of the circumstances, albeit one more out of time than the other, now provide practitioners and those involved with dealing with estates with no real guidance on when a claim such as these, which is made out of time, may or may not be successful. In commentary related to these cases, and more specifically in respect of the issues discussed in Cowan that related to standstill agreements being used between parties to extend time limits, it is believed that the matter could end up in the Supreme Court.

Until there is any further progress with either of these cases it would appear that the best approach would be to simply judge each case on a case by case basis, by reviewing its merits should the application to pursue the claim out of time be allowed.

Should you require any further information in respect of the above matters or of you would like to discuss the contents of this article with us please do not hesitate to contact us.