Is it time to call time on retentions? 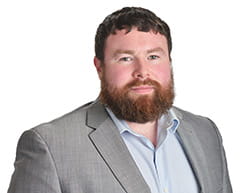 Retentions are contractual arrangements whereby a percentage of sums due to a contractor are withheld by the client, and paid out only when specific milestones are completed in the construction or defects rectification process. Retentions are widely utilised in the construction industry, and all major forms of construction contracts such as JCT, NEC and PPC contain retention provisions. Retentions are popular as an incentive for the contractor to avoid delays in completing projects, and provide employers with a readily accessible and liquid source of funding if defects arise.

However, retentions have a significant impact on contractors' cash flow, which can exacerbate late payment to the supply chain. Many contractors will increase their tender prices for construction projects to protect themselves against potential problems caused by the delay in payment, which means that clients are effectively paying for their right to withhold payment.

The use of retentions has been debated at length in the construction industry, including a formal government consultation conducted last year. The consultation reported widespread delays in repayment of retention monies, negatively impacting on sub- contractors and suppliers who are often the last to be paid. Recent legislative attempts to improve fair payment practices, such as the amendments to the Late Payment of Commercial Debts (Interest) Act and the Public Contracts Regulations, do not appear to have improved payment practices. Neither do voluntary payment measures such as the Construction Supply Chain Payment Charter and the Prompt Payment Code appear to have been widely adopted.

Following the consultation, the Government tabled the Construction (Regulations Deposit Schemes) Bill with the express purpose of tackling poor payment practices in respect of retentions, and the Bill is due for its second reading in October 2018. The Bill proposes a mandatory retention deposit scheme, which would operate in a similar manner to the tenant deposit scheme imposed on residential landlords to protect tenant deposits. The intention of the Bill is to assist with improving cash flow through the supply chain and to prevent the consequences of major contractor insolvencies (where retention sums are not ring-fenced and sub-contractors miss out on payment).

The impetus for the Bill was strengthened following Carillion's recent insolvency, which has affected over 30,000 sub-contractors.

The Bill is reported to have cross-party support of over 120 MPs, and the backing of around 76 industry trade bodies across the supply chain, though the timetable for its implementation is still unclear.

In addition to the Bill, the Government's consultation committee also considered several alternative options to the standard retention model:

● Project Bank Accounts - Ring-fencing of money in a separate account to provide protection for all parties against upstream and downstream insolvencies. This model has found its way into some standard contract forms like PPC 2000, but there is limited evidence of its use in practice.

● Retention Bonds - These provide security in the form of a surety to the client, similar to a performance bond. The cost of the bond is non-refundable to the contractors, and removes the cash flow issues association with retentions.

● Trust accounts - Retention monies are held in a separate ring-fenced account and held on trust for all of the supply chain. As with Project Bank Accounts, trust accounts incur additional administration costs. Commercially, they are a less flexible option, as the monies cannot be used for working capital by either party.

● Partnering/Framework Agreements - Employers who establish long-term agreements with contractors can use the award of future work and/or financially incentivising contractors to ensure works are completed on time, without requiring withholding of monies. Prompt payment of the supply chain can also be identified as a performance indicator with linked incentives.

● Zero retentions - Given the popularity of retentions, it seems unlikely that the construction industry would respond to restrictions on their use, which appears to be reflected in the drafting of the Bill. Even where retentions were not used, employers would undoubtedly seek alternative securities to protect themselves in case of delays or defects in work.

The evidence from the Government's consultation reflects that there is no one- size-fits-all approach to retentions, and their use will depend on the nature of the project and the commercial position of the parties. When negotiating retention clauses, clients should ensure that key provisions are drafted clearly to explain how the retention percentage is calculated, and which milestone(s) trigger the release of the retention, where retention payments are linked to practical completion or defects rectification being certified, the contract should state clearly how notices should be drafted and issued to the relevant parties.