The changing face of government outsourcing 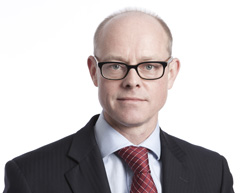 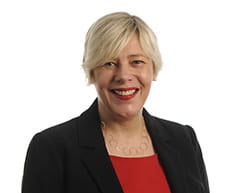 When the construction giant Carillion collapsed into liquidation at the beginning of 2018, it not only left £1.7 billion of debt in its wake, but also threw over 450 public sector contracts into doubt. A supplier that had expanded well beyond construction, into facilities management, grounds maintenance and even legal services and IT, the company’s failure has left a huge hole to fill and created many opportunities for new mid-market providers seeking public sector contracts.

There is a sense that the government outsourcing approach may change in the wake of Carillion’s departure, which has highlighted many weaknesses in current practice, including an excessive focus on price, and a lack of early warning systems and transparency in public sector contracts.

For new entrants sniffing an opening up of the supplier side – so long dominated by the likes of Serco, G4S and Capita – the biggest challenge comes in getting an initial foot in the door.

Helen Randall is a partner at Trowers & Hamlins who specialises in advising both the public and private sectors on outsourcing, and she says: “The loss of Carillion will create opportunities, but public-sector outsourcing is very different from any other kind of outsourcing. The public sector is always looking for a public-sector track record and understanding, because the public sector really is different culturally.” She adds:

"They want to work with providers who understand that the public sector uses different language and has different rules that it has to follow, including its own internal governance rules.”

“All of that is perfectly navigable, provided a company has an expert on its side.”

There are already signs of change sweeping through the procurement system, and outsourcing models are under pressure, not least thanks to the squeeze on the public purse. There is a trend towards the use of joint venture arrangements in preference to traditional outsourcing, with JVs being set up to cover everything from back office services to facilities management, white collar services and CCTV. JVs are also being used to rationalise public sector assets via disposals, the proceeds of which can be used to help finance efficiencies in the services. Randall says:

"One of the things that businesses interested in public sector work should be getting their minds around is what it looks like to enter a joint venture vehicle with the public sector.”

“Again, the public sector is unique, with unique rules and a unique culture, so one has to be much more careful about how things are perceived, being alive to political sensitivities and taking great care to avoid conflicts of interest.”

She adds: “It is also important to understand the normal contractual approach, because the market is constantly evolving, and while there might be standard terms and conditions, there will always be some that you can push back on and negotiate a better deal, and others that you can’t.”

One way for new entrants to break into the market is by taking on subcontractor roles, as in the majority of cases a prime contractor will look for support and will look to pass its terms and conditions of contract down to subcontractors. As a result, a subcontractor role is a good way of getting used to working under public sector rules and requirements, albeit with the benefit of a middle manager in between.

Furthermore, outsourcing arrangements often involve a transfer of staff under TUPE regulations, which preserve employees’ terms and conditions when a business is transferred to a new employer. As a subcontractor, there may be an opportunity to take on staff that used to work in the public sector, and so to accrue knowledge.

“All of these can be helpful ways of building an understanding of the culture, demonstrating expertise, and getting an inside track,” says Randall.

James Hawkins is a partner and head of Trowers & Hamlins’ public sector commercial department. He says there are now clear signs that the public sector has to start paying closer attention to the financial wellbeing of its suppliers.

Hawkins says: “A number of the very big outsourcing firms have had difficulties of one kind of another in recent years. One of the issues for the industry has been that the public sector has been deeply hit in terms of resource availability, and clearly a contract, if it’s well drafted, is only as good as the way it is operated.

"We have reached a point where it has become clear that the public sector needs to actively manage these contracts and give a heads-up if there are issues, which may manifest themselves in a failure to comply with specific timetables.”

It is also now the case that financial difficulties are no longer the sole domain of the private sector. Where once a company could feel fairly confident in the reliability of a public-sector counterparty to pay its bills, recent cases of local authorities facing bankruptcy have changed that. For example, Northamptonshire County Council announced in February that it would make nearly £40m of cuts after it became the first local authority in nearly 20 years to impose emergency spending controls.

Randall says: “People should not be scared of contracting with local authorities, because they can always raise funds, but they should just be aware that they might now have less revenue to spend than in the past.”

There nevertheless remain plenty of opportunities for new mid-market suppliers to target government work, as the demise of Carillion and a new appetite for change leaves windows of possibility. There are also new fields opening up, such as govtech, or digital technology used to improve public services. While a relatively new area, the amount of venture capital being invested in govtech projects in Britain is already on a par with that in the rest of Europe combined, according to a report by PricewaterhouseCoopers.

The public sector also has access to some unique revenue streams, such as licensing, and there are openings there to capitalise on those revenues through joint ventures with the private sector.

Making the relationship work for both sides is undoubtedly the key to success. Randall says: “Given local authorities are going to be much more dependent on business rates now than they have been before, they are very keen to get businesses to invest locally. If you’re thinking of doing business with the public sector, you have to think about whether it’s possible to maybe locate a factory or some of your operations in its area. Authorities aren’t allowed to say they won’t do business with you unless you do that, but it certainly helps if you can show you are bringing economic benefits to the region.”

Getting a foot in the door may not be easy, but there are certainly rewards to be reaped from public sector relationships over time.