What place does industrial have in an urban environment? 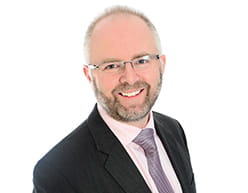 As the Light Industrial to Residential permitted development
rights come into force, we take a look at the future for industrial land use in
and around urban residential areas.

"In order to have a vibrant place we need a mix which creates jobs and locates people near jobs."

"Residential urban areas have always traditionally grown up around industrial areas of employment," continued Chris. "Picture the rows and rows of standard housing that was built around coal mines and other industrial centres. However as those industries eroded, the housing value deteriorated. In regional areas where the classic industries are gone, there is an identity crisis – what are those places now for? The infrastructure was all geared for heavy industry, now they have gone, the infrastructure and residential provision is not fit for purpose. Reclassification has to happen otherwise those places don’t work as communities. Housing is being built now on a land value receipt basis but always about creating a thriving community. The reasons for placing houses where they are have come full circle. The millennial mind-set doesn’t want to commute and is less concerned with owning material things."

That said, when millennials do want something, they want it quickly. As if same day delivery wasn’t efficient enough, Amazon now offers a two-hour delivery service. As this level of service moves towards becoming the norm, there needs to be a shift back in allowing industrial units to be located centrally to meet these demands.

One contemporary scheme addressing these issues is The UK Central Hub in Solihull. "It’s arguably the largest regeneration scheme in Europe and will literally be the UK’s central hub," explains Chris. The site is located where the HS2 train station will be built next to Birmingham Airport and the Urban Growth Company (a delivery vehicle specifically responsible for The Hub area, with Solihull Council as the main shareholder and supported by the West Midlands Combined Authority) is bringing together stakeholders and major employers NEC, Birmingham Airport, Birmingham Business Park, Jaguar Land Rover and Arden Cross to form a bold vision for the evolution of the area.

With a target of 35,000 to 77,500 jobs in areas such as education, health, life sciences and the automotive industry along with 3000 to 4000 new homes, The Hub is realigning accommodation and employment to build a successful new place with a sustainable future. Julian Keith, Partner at Trowers & Hamlins identifies a key trend, "Councils are taking more of a private sector view as they have to be more self-funding. They have always had an important place-shaping agenda but are now becoming more commercially astute in bringing large scale development projects to the table."

"It’s an interesting proposition that light industrial use could be the next evolution of the mixed-use model," Julian continues. "At Meridian Water, Enfield Council has recognised this and understands the opportunity for a mixed-use site that has an individual character and varied employment opportunities that can appeal to more diverse social groups and ages. HS2 and Crossrail are essential as catalysts for these types of large scale development. They wouldn’t be viable without the infrastructure there for people to move around."

Chris describes how "If local government is putting in the infrastructure then developers will be attracted. This trend is highlighting a need for sophisticated value capture mechanisms in public private partnerships to work out who will pay for infrastructure and then how that value will be reclaimed through a wide range of innovative methods." As the sprawl of London spreads out there will be a natural move toward light industrial incorporated in mixed-use schemes. Julian highlights that "Multi-tenant light industrial spaces full of small scale manufacturers can be problematic as short leases and low covenants depress investment value for the private sector." A shift needs to happen and "if local authorities, such as Enfield at Meridian Water, can kick-start and fund a build then they can take the risk and retain that kind of aspirational development."

As we plan and create the shape of our the city of the future the needs and priorities are set to change faster than ever; flexibility and creativity will the key to meeting those needs.