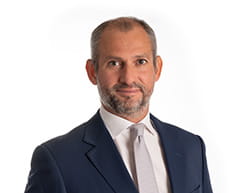 If the GCC were taking home its report card on the climate for investors, it would be showing a pretty good grade right now - not perfect, but maturing nicely.

The UAE - destination for about a third of the Foreign Direct Investment (FDI) in the region (US$10bn in 2015) - ranked 12th out of 143 countries in the World Economic Forum's Global Competitiveness Index in 2014-15, up seven places from the previous year. The World Bank's Ease of Doing Business report, published in 2015, meanwhile ranked it 22nd out of 189 countries surveyed, up one place on the year before.

"This very much mirrors what we're seeing on the ground in the region," says Bill Jefferies, head of corporate for Trowers & Hamlins' international practice, based in their Dubai office. "A number of factors are improving the investment outlook, including the development of legal and regulatory frameworks for governance which are moving the whole region towards international standards".

But Jefferies is keen to point out that FDI is only part of the equation as regards where locally deployed capital is coming from. Most is accounted for by local businesses - 90% family-owned - and by government, both directly and by application of their various sovereign wealth funds.

"The fragility of many international markets, particularly in Europe, and the suppressed oil price has led to many governments bringing sovereign wealth back into the region, to make up for budgetary shortfalls, and invest," he says.

Much of capital has been flowing into social infrastructure - health, education, housing - both as a result of market need driven by young, growing populations, and the increasing sophistication of local economies.

"The GCC built a lot of their heavy infrastructure - roads, bridges, tunnels, power and water plants - the kind of things you need to support a petro- economy, years ago," Jefferies explains. "These recent developments in social infrastructure are a sign that the region is maturing."

The UAE in particular is becoming an extra-regional hub, a destination not just for tourism, but health and education for the rapidly developing economies of South Asia and Africa. Trowers is currently working on a deal to bring a US$30m proton beam system used to treat cancer to Abu Dhabi, transforming an existing cancer treatment centre into a world class facility, while insurers are seeing the private health market as very attractive. "The region's governments have a vision to diversify away from oil & gas, and investment in social infrastructure will allow them to do that," Jefferies adds.

Elsewhere in the GCC, things are less clear- cut. Nick Green, corporate partner in Trowers' Bahrain office, notes that the Kingdom has something of an image problem.

"Bahrain has for a long time been the most socially liberal of the GCC States and financial services hub," he says, "but in recent times it is probably fair to say it has faced more challenges than other GCC countries. Overcoming that lingering perception and demonstrating that it is open for business is quite a challenge in the context of some negative media spin. This is a small country, and the West sees its geographic proximity to Saudi Arabia (the two are connected by the 24km King Fahd causeway, which was financed by Saudi Arabia) and assumes Bahrain is overshadowed by Saudi. Frequently overlooking the new growth story and a potentially excellent investment environment, it sometimes feels likes the world's media are still reporting on a more negative chapter of Bahrain's past."

Bahrain rates 18th in the world in terms of economic freedom, according to the Heritage Foundation/Wall Street Journal Index of Economic Freedom (2016), just above Finland and Japan, and ahead of the UAE, which ranks 25th (the UK is tenth, by way of comparison). Interestingly, it also remains the most highly-rated destination for expats in the entire Middle East, ranking in HSBC's top 5 worldwide in its annual survey and the top-most Middle Eastern country in Expat Insider's recent report.

Saudi Arabia, the 'big beast' of the GCC, comes in at 77th on the Heritage Foundation / Wall Street Journal list, and is, according to Green and Jefferies, ripe for reform. (It's worth noting for perspective that France is placed in 73rd place by the index…)

"Saudi Arabia has been for some time the most 'real' economy in the region," Jefferies says, "in the sense that it is faced with all the problems and complexities of a large, modern economy – unemployment, problems with housing and social services, a need for complex and extensive infrastructure, a host of things that need proper, annual budgeting."

"The other GCC nations are all small enough, and rich enough, that traditionally there was nothing that couldn't be solved by throwing in a bit more government money (from petrochemical income), but Saudi is a challenge," admits Green. In that context, the recent launch of Saudi Arabia's Vision 2030 could not be more timely.

Much of Trowers' recent work in the GCC, where it has been established for almost 50 years, has been helping the region's businesses and governments as their economies mature. In this, they have been helped by foreign-trained investment and banking professionals who have brought international best practice to the region's banks and private equity houses, and the advent of international standard private equity and fund management in the region has also seen business and government having to respond to the needs of international investors.

"Traditionally-speaking, family businesses might have been involved in oil & gas companies or have set up franchised car dealerships or developed real estate here," says Green. "But as they have become big enough to look at pure investment plays, for instance being a minority investor in a private hospital project, they are having to change. These types of clients aren't used to some of the financial complexities involved in that kind of deal, so they might look at an investment agreement and not understand why this or that covenant is in there."

Bill Jefferies agrees. "And the regulators have become more sophisticated in turn," he says. "They used to be quite laissez-faire, but came in for a lot of criticism after the financial crash, when a lot of people got their fingers burned. But the DIFC and ADGM (Dubai and Abu Dhabi international financial service-based free zones) are now leading the way, and there are some 100 regulated entities now operating out of them, the majority of which are focused on investing private equity in the region."

"Initially, when UK, European or US investors or regional players with that same international mindset came here and started writing cheques in the expectation that their standard diligence requirements would be met, and they would be granted the kind of controls, information rights, and exit opportunities as had been commonplace in more mature jurisdictions there was huge resistance from the family-run enterprises, who didn't want to be handcuffed by 'quid pro quo'," he says. "But that's changing. Investors are learning how to deploy their capital differently, and family businesses are getting used to raising equity and not just debt, and that's created a huge psychological shift."

"It's like we're at the start of phase two of the journey – maturation – and it's very exciting to be in at the ground floor," he adds.