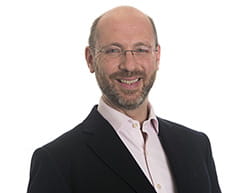 
If developers and investors are to make the most of the continuing growth in demand for UK residential property and meet the country’s growing housing crisis, then creativity and collaboration is what’s needed, according to market analysis by Trowers & Hamlins.

It’s no secret that as UK population growth has accelerated over the last decade, housebuilding has not kept up in volume terms, never mind adapted to the changing needs of the country’s ageing population or the requirement to adapt UK cities to underpin economic growth. But, despite the complex challenges facing the sector, the opportunities in the UK are out there for investors who are prepared to tackle the challenges head on, say partners at the firm.

"Ultimately, people have to have somewhere to live,” says Rebecca Wardle, residential development partner, “and the market is going to have to find solutions. At the moment, the money is out there but other factors such as land availability, planning, and a desperate skills shortage mean there just aren’t enough schemes coming on site at the rate they need to.”

Creative ideas from developers are only part of the puzzle, according to the firm’s analysis. Government policy not only needs to create the right business climate, but must take proper account of planning, environmental and community considerations which might prevent, delay or discourage development.

The current crusade to ‘get homes built’ has focused on building to buy, rather than building to rent, despite many commentators trumpeting the growth of the Private Rented Sector (PRS). “Whilst culturally the UK is a country of homeowners, and the government’s focus is undoubtedly on home ownership, the numbers just don’t add up in all parts of the country. I think there is still room for professionally managed built-to-rent homes,” says Andy Barnard, partner and housing specialist.

Traditional housebuilders and developers have tended to steer clear of PRS in favour of a more immediate return from selling homes, but Wardle thinks they should take heart from the success of the student accommodation sector, which has attracted significant amounts of capital since the late 1990s, with £3.1bn of investment in the first quarter of 2015 alone.

Student accommodation largely defied the 2008 market crash, and has shown a consistent rise in investment, development demand and yields since, but as Wardle points out, concerns over visas for foreign students and changes aimed at making the student market more competitive could create volatility for investors, causing them to start to look for new places to put their money, particularly in London, where there have been so many projects. An established build-to-rent sector would bring new money in for housing delivery, as well as meeting a demand and creating a better product and better choice for the market.

One size does not fit all, whether looking at homes for sale or rent, and for those who invest time and effort in delivering homes to meet the needs of an increasingly diverse population, there is profit to be made.

"Indeed, the market is already showing an inward flow of significant investment to fund the purchase of development sites and the construction of quality homes for build-to-rent. A number of large-scale PRS schemes will be completed within the next two years. 2016 and 2017 will be defining years for PRS,” adds Andy Barnard.

There are also opportunities between housing associations and hospital trusts, given the government’s wish to encourage the hard-pressed health sector to get more out of its real estate assets. “There are interesting questions around how these public authorities – and NGOs – interact to keep up with budget cuts,” points out Kyle Holling, partner and co-head of health and social care at the firm. “The NHS, along with other public bodies with land assets, need to consider the best use of those assets – is it a quick sale to generate short-term funds or something more strategic which fits their wider objectives?” Key worker accommodation is likely to become a political priority, especially in the South East of England, and has to be on the radar of the canny investor.

Another area where developers could tap into rising demand is in the senior living sector, which in the UK is inextricably linked with Care – a largely underfunded sector with a poor reputation, albeit one that is set to quadruple in size over the next 25 years.

“In stark contrast to the US, Australia and New Zealand, people in the UK associate senior living with a loss of control and with end-oflife care,” says Holling. “So many older people are struggling to maintain houses which are simply impractical for them, effectively locking up their assets.

Meanwhile, there are too few developers building lifestyle-based aspirational schemes and there is a (slowly improving) hesitancy among institutional funders to invest in an unproven sector, so it’s a bit ‘chicken-and-egg’.

“But when you consider that the number of people aged 65 in the UK is forecast to grow from the current 10 million to 17 million by 2040, developers prepared to be a little bolder and more creative will unlock pent-up demand that is only going to grow,” he adds.

The affordable housing sector is under considerable pressure from the government’s decision to allow tenants to buy their properties at a discount in an extension of the ‘Right To Buy’ policy, the fouryear rent reduction, as well as the recent announcement that the affordable housing planning commitment will be extended to allow developers to deliver Starter Homes, instead of traditional affordable housing.

"This highlights a need for housing associations to explore new sources of funding as well as joint ventures with private sector developers in order to meet housing need,” says Suzanne Benson, partner in the firm’s Manchester office.

One size does not fit all, whether looking at homes for sale or rent, and for those who invest time and effort in delivering homes to meet the needs of an increasingly diverse population, there is profit to be made.

“The sector is becoming very fluid,” says Benson. “As with much of the economy, we’re seeing unprecedented changes, and so the old ways of doing things just don’t apply any longer. Developers relying on tried-andtrusted techniques may find their ideas no longer appeal to local authorities, or might be outflanked by other stakeholders with a more creative approach.”