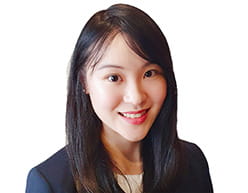 Phoebe is a Lawyer in Trowers & Hamlins' Banking and Finance department.

Phoebe graduated from the University of Nottingham, UK with a Second Class (Upper Division) in LLB (Hons) Law in 2015, and later completed the Bar Professional Training Course with City Law School in London, where she graduated with an 'Outstanding' grade and was awarded the Buchanan Prize by the Honourable Society of Lincoln's Inn. She commenced her pupillage with a reputable Malaysian law firm in 2016, and was admitted as an Advocate and Solicitor of the High Court of Malaya in 2017.

Her experience is primarily in the area of banking and finance which includes acting for local and foreign banks and companies in a range of domestic and cross-border transactions.  In particular, Phoebe has acted in transactions involving Islamic finance, bilateral and syndicated loans, debt capital markets, as well as other advisory matters on various financial regulations.

LIBOR: The end is nigh