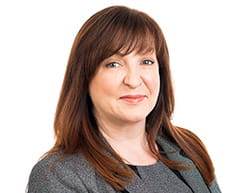 Taylor Lewis is an independent professional construction consultancy that provides a range of specialist services and advice to both public and private sector clients and is renowned for project managing affordable housing developments across the South of England.

The new Directors bought the company from previous owners Steve Foxon and Ben Couch, who will still remain with Taylor Lewis as key members of the reorganised management team.

After initially being planned for autumn 2023, the management buyout was pushed through after two months of negotiations as the sellers and buyers agreed to bring forward the deadline to complete before the 2021 Spring Budget announcement.

With a team of 38 and offices in Exeter, Truro and Newport the fast-growing company have further plans expand out into both London and Manchester.

"We are delighted to have had the opportunity to work with Robin and Anthony on their MBO of Taylor Lewis; the fact that we met the ambitious completion deadline is testament to their commitment, hard work and dedication; the same qualities that will undoubtedly support the continued growth and development of this progressive business across the South West and beyond. We wish Robin and Anthony every success with their plans and we look forward to working together going forward".

“We were faced with a very tight period for negotiation and completion, which meant we needed the full commitment from our team right from the outset and I needed to be sure that Trowers & Hamlins could achieve our ambitious deadline.

“It was a challenge but Trowers were so responsive and gave such thorough advice that it made the negotiations so much easier. We worked well together and their professionalism and ability to deal with everything at short notice ensured we completed on time. I can’t fault them at all in terms of the advice and service we got from them.

“We will continue to work with Trowers & Hamlins going forward as they can cover everything Taylor Lewis needs in terms of legal advice.”