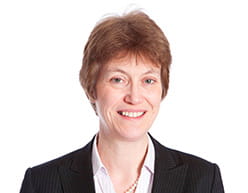 The Apache investor vehicle has partnered with Moda Living to develop the 42 storey skyscraper on Broad Street, which will provide 481 homes within walking distance of the city centre and new HS2 terminal.

The scheme will also include around 31,000 sq ft of amenity space, including co-working areas, communal lounges and dining facilities, a rooftop running track and 35,000 sq ft of retail and commercial space.

Trowers & Hamlins also acted on the acquisition of the site in 2016 and the term loan facility provided at that time by Greenoak UK Secured Lending II S.A.R.L.

While Goldman Sachs is a significant investor in the US and European rented residential markets, this is its first build to rent project in the UK. The deal is the latest boost to the build to rent sector as confidence grows amongst institutional investors and funders.

"There is significant institutional interest in residential property, and, in spite of Brexit, demand for defensive, long-term income streams continue to thrive."

"We want to demonstrate that renting doesn't have to be a necessity, but a lifestyle choice too."

Trowers' banking partner Sarah Gooden who led on the banking aspects of the deal said:

"Apache is a long-standing client of ours and we have seen first-hand their successes in the build-to-rent market nationwide. Securing development finance from Goldman Sachs is testament to Apache's strength in the market and the best in class development at Broad Street."

London-based Apache and Harrogate's Moda Living control one of the UK's largest pipelines of build-to-rent schemes with 6,500 units in nine cities.

A director's duty to promote the company's success