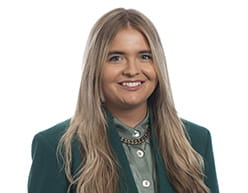 This week's update looks at a judgment concerning a qualified restrictive covenant and offers a reminder of the expiry of the moratorium on protected rent debt. All this along with our usual insights from around the firm, positive news stories and quiz.

This case concerned the proposed construction of two detached residential properties in the South Downs National Park and the judgment has emphasised the importance of scrutiny of the decision-making process when refusing consent under a qualified restrictive covenant.

The claim concerned a covenant preventing the construction of any building on land without the claimant's consent, not to be unreasonably withheld. The claimant owned a large area of land in the village of East Dean, part of which benefitted from a covenant entered into in 1960 and which burdened the defendant's land. The defendants sought consent to build two dwellings on their land. Although the claimant refused consent in March 2020, the defendants began construction works on the land considering this refusal unreasonable.

The claimant's written refusal was two pronged. Firstly, they stated that the development would have a detrimental impact on the amenity value of the surrounding estate. Secondly, it could threaten the future use and commercial value of the claimant’s neighbouring land. The claimant went on to issue proceedings to seek an injunction restraining the defendants from carrying out further work and a declaration that consent had been reasonably refused. The defendants subsequently counterclaimed to seek a declaration that the claimant had unreasonably withheld consent.

The defendants argued that the claimant's decision-making process in refusing consent had been undermined by "irrelevant considerations", notably, the effect of a development on land that was not benefitted by the covenant and the views of third parties occupying land other than the benefitted land.

The Judge held that the first reason for refusal given by the claimant was unreasonable, agreeing with the defendant that the claimant had taken into account "irrelevant considerations". Despite this, the second part of the refusal satisfied the reasonableness test because the decision had been made without influence from irrelevant considerations.  It was reasonable to refuse consent where the effect of the development threatened the future use and commercial value of the claimant's land, which did benefit from the covenant. The Judge reaffirmed the legal principle that a decision made for at least one free standing "good" reason would not be invalidated by one or more bad ones. Equally, an irrelevant consideration which influenced a reason and made it "bad" did not invalidate a free standing "good" reason that was not influenced by it.

This judgment highlights the need for those seeking to challenge a refusal to give consent to consider not only the headline justifications for refusing consent but also any further considerations which may have influenced the decision because so long as the person refusing consent has at least one freestanding good reason they will have acted reasonably in withholding consent, even if their decision was also based on flawed reasons.

On 23 September 2022, the moratorium period introduced by the Commercial Rent (Coronavirus) Act 2022 ("the Act") in relation to "protected rent debt" (being rent debt in respect of a period starting on 21 March 2020 and ending on 18 July 2021 or, if earlier, the last day that the premises or part of them were the subject of a closure requirement or coronavirus restrictions) will come to an end, where no reference to arbitration has been made. Any such reference can only be made if there has been a preceding notice of intention to make such a reference.

Unless the deadline is extended by the government, after this date, landlords will no longer be restricted in taking enforcement action in relation to protected rent debt. This may include:

It is important to give careful consideration to the best means to enforce such debts, as there will be a multitude of legal and strategic nuances. These may include questions of timing, which become particularly relevant around rent payment days due to issues around waiver of the right to forfeit and the need to preserve the ability to pursue former tenants and their guarantors (in respect of which there are strict time limits for essential notices). These issues should potentially be considered now, in the run up to the quarter day on 29 September 2022. For advice, do get in touch with your usual Trowers property litigation contact.