What does levelling up mean for regional economies? 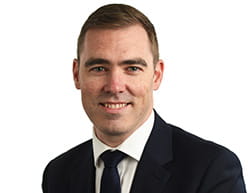 In February 2022, the UK published its Levelling Up White Paper aimed at shifting government focus and equalising opportunities for all and rebalancing the economy. With 12 bold missions put into law, the white paper advocates the biggest shift in power from Whitehall to local leaders in modern times and kicks off a decade-long project to transform the country by spreading out opportunity and prosperity.

One of the principle aims of the programme is to boost productivity, pay, jobs and living standards by growing the private sector in the regions, an ever more pressing desire given the cost of living crisis This ambition is hoped to be achieved in every area of the UK by 2030, and significantly increase the number of people completing high quality skills training in every area in the same time period. In England, this will equate to an extra 200,000 taking training every year.

“The challenge of levelling up is very real,” says Amardeep Gill, a partner at Trowers & Hamlins who advises government, public bodies and SMEs on business critical projects. “There are clear geographic disparities around economic wellbeing across the UK, with generally greater levels of economic wealth in the Southeast and not so much outside of that. This has been intensified by the reduction of manufacturing in historic northern industrial towns and the Midlands, and a movement to a services driven economy over previous decades.”

He adds: “While the paper is very ambitious in its intent, it does recognise that in order to achieve a greater degree of parity there needs to be an emphasis not only on the role of the public sector, but also on the private sector. Both have a part to play to improve wellbeing and deliver strong local economies by providing training and employment opportunities.”

The idea is to empower local decision makers by giving leaders and businesses the tools they need, so local devolution will be extended, deepened and simplified. Every part of England will get London-style powers and a mayor if they wish, and support for existing pan-regional partnerships like the Northern Powerhouse and the Midlands Engine will be extended.

The government recognises that the private sector is the real engine of wealth creation in the country and needs to be encouraged to invest more, grow more and take more risks. The white paper talks of an emancipation for business that will see more flexible and progressive regulatory models being developed. Those will, among other things, allow more capital to flow into long-term assets thanks to the removal of certain restrictions on pension fund investments.

The skills gap will be a particular focus, according to Mike McMahon, senior associate in the Trowers corporate team, working out of the Birmingham office: “When you talk to SMEs in the Midlands, the skills gap and the skills shortage in manufacturing are particularly challenging,” he says. “Lots of businesses have been crying out for assistance in that regard for the best part of a decade.”

Recognising that, the government will target £100 million of investment into three new innovation accelerators, creating public-private academic partnerships in Greater Manchester, the West Midlands and the Glasgow City region. These will aim to replicate the Stanford-Silicon Valley and MIT Greater Boston models of clustering research excellence and its direct adoption by allied industries, and will be championed as Fourth Industrial Revolution foundries to leverage the UK’s global lead in scientific research.

In regions where the historic decline of manufacturing industries has been a challenge, there will be a focus on high-growth businesses, and particularly green manufacturing innovation, to attract high-skill, high-wage jobs back to those areas. There are several examples of green manufacturing driving economic growth in struggling regions already, including the new Britishvolt gigafactory in Blyth, Northumberland; the investment by GE to establish a new wind turbine blade manufacturing centre in Redcar on the Yorkshire coast; the renewed commitment by Nissan and Envision to building electric vehicles in Sunderland in Northern England; and the new hydrogen buses being built in Ballymena, Northern Ireland.

“It’s a particularly exciting time for companies working in technology, tech applications and computing,” says Gill. “Those all play into this concept of the Fourth Industrial Revolution, which will not be about traditional manufacturing but the exploitation of technological advances in both software and hardware.”

The ambitious policy agenda includes significant financial capital, with £3 billion earmarked for investment in the next generation of British Business Bank regional investment funds and the new Global Britain Investment Fund. Both aim to improve access to finance for SMEs and to increase globally mobile investment across the UK.

The pan-regional investment funds that are already up and running, like Northern Powerhouse and Midlands Engine, provide a good model for the way forward, says McMahon. “The fund managers and lenders that have been nominated to manage those funds have been very successful in putting capital out there that prior to 2017 was not necessarily as readily available,” he says.

The tax system will also be used to incentivise private sector investment, through freeports, enterprise zones and super-deduction, and the government will work with local government pension funds to increase local investment, setting a target for five per cent of assets to be invested in projects that support local areas.

On the skills front, efforts will be stepped up to give students the skills that employers really need, so local employers will be put at the heart of skills provision plans and there will be lifetime access to training for all individuals. As well as continuing to drive up the National Living Wage, the introduction of a new In-Work Progression offer will help people on low incomes to address barriers to better employment opportunities. That policy goes hand in hand with the National Disability Strategy, the Health & Disability Green Paper and the Health is Everyone’s Business consultation.

McMahon argues the white paper includes many strong incentives for the private sector that small and medium-sized business owners may not be aware of, and that it is ambitious in terms of both political will and promise.

“In addition to all the commitment coming from government to address the skills gap, since the pandemic has changed working practices and allowed people to work remotely, the Midlands has been benefitting from an outflow of human capital from London,” he says. “That is a huge benefit to the local market too.”

Gill concludes: “It is great to see the levelling up agenda going beyond a political slogan and translating into a real programme of policy initiatives that needs to happen as indicated by the publication of the recent Levelling-up and Regeneration Bill.”