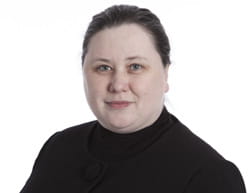 Affordable Rent was introduced in order to help increase social housing provision, and expand availability to people who were unable to afford market level rents, but who did not generally qualify for allocations of existing social housing due to pressures on waiting lists. Affordable Rent is set at tenancy outset, at up to 80% of local market levels inclusive of service costs.

When the Affordable Rent policy was originally introduced by the Government in 2011, it was never intended to be run with separately delineated service charges – Affordable Rents were supposed to be single 'global' rent figures which incorporated both rent and service cost elements in a single charge to tenants (the policy intention being to mimic private sector tenancies). This single rent figure then provided a solid base for a CPI +1% increase limit each year.

The key as to why this article is being written is that no complications re annual reconciliations, and estimated and actual costs were intended under Affordable Rent. However, many social landlords - under financial pressures and needing to recoup increasing service costs - adopted variable service charges in relation to their Affordable Rent properties.

This did not sit well with the Regulator's Rent Standard.

As a matter of regulation, the Regulator expects a landlord of an Affordable Rent property to increase the rent (inclusive of service costs) by a maximum of CPI plus 1%. It is not acceptable to apply the CPI +1% to the rent element only and charge a variable service charge on top without any adjustments to that charge to ensure it does not breach the CPI +1% cap (this will, of course, be less of an issue if the service charge costs are within the CPI +1% envelope).

As Affordable Rent is not intended to have separate service charges, there is no detailed guidance on this in the Rent Standard or accompanying Government policy on social housing rents, but arguably the CPI +1% increase is meant to relate to the inclusive rent actually charged and not just the estimated inclusive rent. If this is the case, a variable service charge will require a reduction where earlier cost estimates prove to have been too high, leading to a knock on reduction in that (inclusive) rent to which CPI +1% may be added.

Let's take a hypothetical example of an initial rent of £90 and estimated service charge of £10 (on a variable basis). If the actual service costs only come to £8, the CPI +1% should be charged on £98 not the £100.

There is then also a problem where the costs exceed those estimated. On the basis that the form of tenancy agreement includes variable service charge terms, then under the legal terms and conditions of the tenancy agreement the full amount of the higher cost would be recoverable, but if the landlord charged the full amount, that is then likely to exceed the regulatory CPI + 1% permitted annual increase.

In addition to the potential to limit increases, the calculation of the new financial year's rent is also inherently difficult because of the need to provide rent increase notices before the end of the tenancy year – it is difficult to calculate CPI +1% if you do not yet know the outcome of the annual reconciliation.

As will be reasonably apparent from this article, there is a risk that unless there is an element of under-recovery of service charges from what would be fully recoverable under the tenancy, it is difficult to ensure compliance with the regulatory CPI +1% limit on increases whilst complying with the core features of a variable service charge.

The Mayor of London's launch of LAR was intended to try and increase the affordability of London's new social housing developments, as it was recognised that Affordable Rent's 80% of local market levels was often unaffordable in the Capital.

The rent charged on a LAR property is set by using a published benchmark level. Benchmark rents are lower than 80% of local market level and are intended to be more akin to a social rent. Where a service charge is payable, this is on top of the benchmarked rent.

What is less understood in the sector, is that LAR properties are still Affordable Rent properties for regulatory purposes. This means they are governed by the section of the Rent Standard which relates to Affordable Rent, rather than the social rent section. Social landlords developing properties at LAR therefore, and hoping to recover service costs via a variable service charge, should remember that as LAR are an Affordable Rent, recovery is capped at 80% of local market level inclusive of service costs (and with a CPI +1% cap on annual increases thereafter).