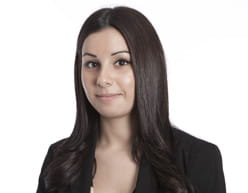 A recent TCC judgment in CC Construction Ltd v Mincione highlights the importance for parties to remain aware of contractual provisions impacting upon the conclusivity of the final account process.

What does the JCT Design and Build (2011 edition) say?

What was the issue in CC Construction Ltd v Mincione?

What does the Judgment say?

What are the implications for parties?

Parties might be advised to proceed with caution, given that Mincione is a decision at first instance which, while binding on an adjudicator, is not binding on other Courts. There remains a possibility that the decision may not be followed, particularly by a higher court, given that is very much dependent on HHJ Eyre QC's construction of the wording "subject to clause 1.8.2".

Nevertheless, the judgement provides a timely reminder of the importance of understanding the intricate details of the contractual final account mechanisms.  Not all contracts have alternative routes through which the parties might challenge the conclusivity of the Final Statement.  In either case, it is essential that parties understand the options available and the steps that should be followed in order to prevent the Final Statement (or similar) from becoming conclusive, for example in circumstances where the Employer has reached a lower valuation of the final account and intends to pay less, or where the Contractor disputes the Employer's assessment.